Shawn Drops the 402 Into Barn Find Caprice, Starts it For First Time! 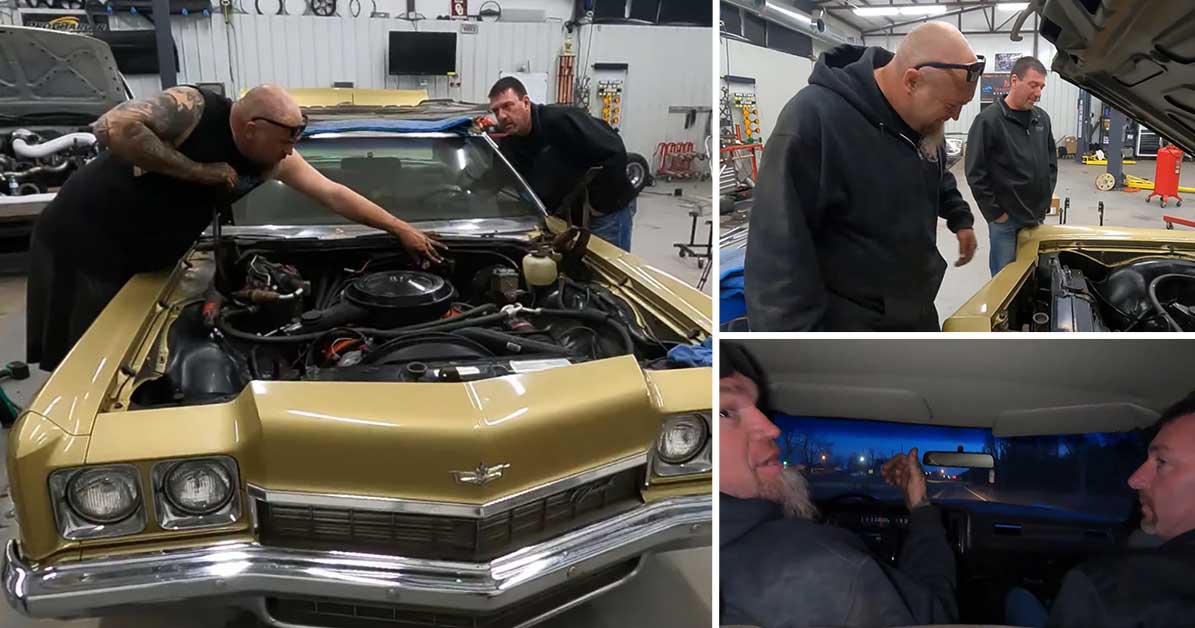 There’s just something very special about a barn find that can really make our ears perk up. Thinking about the idea of potential treasure lurking in fields around the country is definitely an idea to get excited about. It’s basically as close as we can get to a real-life treasure hunt without people thinking that we’re crazy.

Apparently, Shawn Ellington aka “Murder Nova” from Street Outlaws is rather intrigued by the concept himself. In fact, he went out and found himself a barn find Chevrolet Caprice that was in pretty decent condition. However, it needed a couple of things and Ellington was just the guy to do it. As he seems to like these bigger bodied cars, one of the 405’s favorite racers was ready and willing to take on the project, pulling this thing apart and really giving it some attention. The big old Chevy surely was in need of that attention!

This time, we check in as he spruces up a couple of components to really make this thing pop once again. After pulling out the 402 cubic inch power plant from under the hood, a couple of components were cleaned and painted up in order to make sure that everything was in good order. Following this sprucing up, the 402 would head back into the caprice to make it run like new once again.

Down in the video below, we get to join in with the process that this barn find is going through to breathe new life once again. If there’s one guy who we know is capable of bringing a car back from the grave, it’s definitely Shawn. In this one, he gets methodical about making sure that this car gets a second chance at life after it might’ve previously looked like it was a goner for good!