Shawn Shows us How he Services the Murder Nova

Shawn Shows us How he Services the Murder Nova

It seems like, the faster a car gets, the more needs to be done in order to maintain ...

It seems like, the faster a car gets, the more needs to be done in order to maintain it. This is why, at racing events hosting the faster cars on the spectrum, teams are constantly at work. One stroll through the pits will have hoods opened and engines apart aplenty. What exactly are these crews doing, though?

This time, we get to join in with a video that is sure to make more people appreciate what goes into making a car fast. After hitting the dyno and making 3600 hp, Shawn would immediately get back to work, checking to make sure that everything is in place under the hood of Murder Nova.

In the words of Shawn, “70 psi is just a number but its a big number.”

After making this big number, paying attention to some of the components within the engine is important to long term longevity. In this process, Shawn takes on some maintenance that most drivers will never look at in their entire lifetimes. In fact, we would venture to think that a single maintenance session here is probably more than most people carry out in an entire year combined, even for those with performance cars.

By following along with the video below, we get the rundown on the specifics. This is why they say that racing can very much be a labor of love. At the end of the day, maintaining a functioning racing machine is definitely a lot of work. Many times, fans will just see the finished product. They get to be a part of the excitement that is the actual race. However, it’s not too often that most people get to have a taste of what gets a car to the line in the first place.

It’s moments like these that really spell out why Shawn has maintained status as one of the most successful in the business. Sure, driving ability is just as important. However, we would argue that a big part of the battle is won here, in the trenches, making sure every component is just right.

Get your official Murder Nova and 187 Customs apparel at: https://www.themurdernova.com 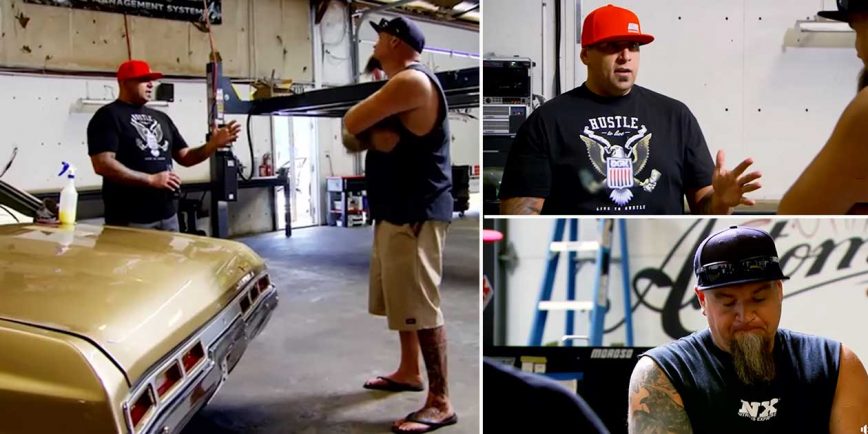