Shawn Took The “ManVan” Down To A Texas No Prep Over The Weekend And Went Rounds! 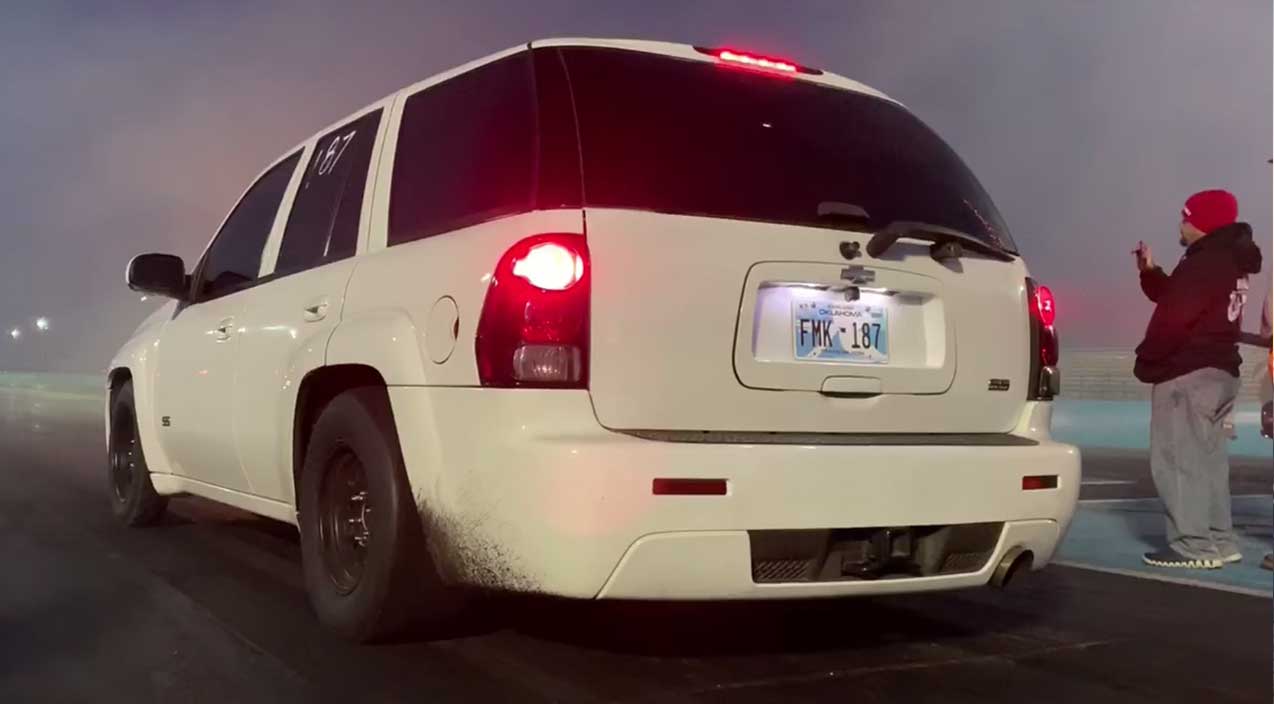 When it’s the offseason for most of the country, but there’s still some racing going on deep in the heart of Texas, you can’t just sit at home and watch the live stream. Especially if you’re Shawn “Murder Nova” Ellington and you have a pretty badass daily driver sitting in the garage that’s just itching to get some track time.

With the Nova likely down for winter maintenance and upgrades, Shawn decided to load up the ManVan, his modified Trailblazer SS, and head down to Winter Meltdown, one of the biggest late-season No Prep events in the country. Promoters Matt Plotkin and Jason Flores bring their show to Alamo City Motorplex, where they had a huge turnout of cars and fans to watch the racing unfold.

Shawn and the ManVan jumped in the true street shootout to see how the wicked family hauler stacked up, and if this video is any indication, should have been one of the frontrunners to take home the win. You can see despite the lack of prep on the track, the TBSS just squats and blasts off as soon as the green light drops. There’s no drama, no spinning, nothing but hooking and booking while the driver in the other lane can do nothing but watch from the best seat in the house.

We aren’t sure how far Shawn went in the race, but you can rest assured he had a great time out kicking ass and taking names in his daily driver. To me, seeing the guys from the 405 taking a step back from the all-out race cars and have fun racing their dailies shows that they still remember what is important.

Despite the evolution of the cars on the show to outright race cars, these guys still just like to cut loose and enjoy themselves. That sometimes seems to get lost as the cars get faster and the stakes grow higher. Hopefully, the guys never lose sight of what it’s all about: having fun!

ManVan round 1 win at True Street at Winter Meltdown 3

« “Tron Bikes” Come to Life, How You Can Get Your Hands on One