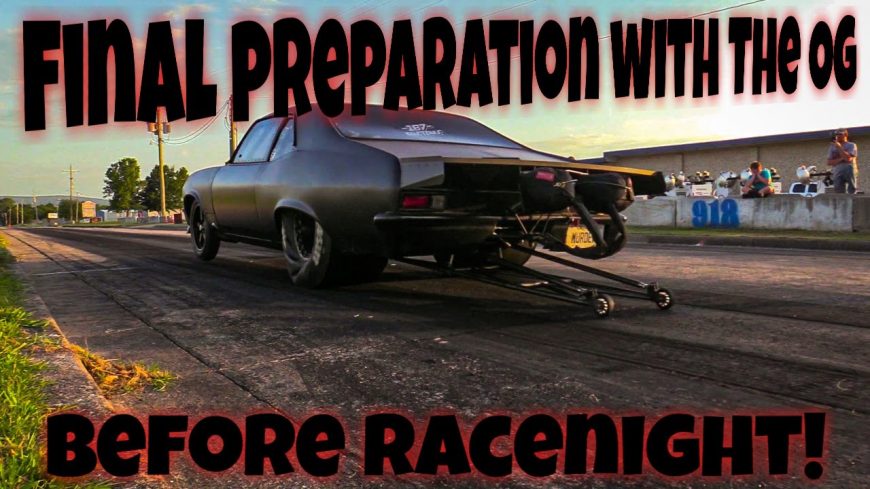 Things are heating up again as we prepare ourselves for the first Street Outlaws list race of the year. As we have followed along over on the 187 Customs YouTube channel, we’ve seen Shawn taking the steps to get himself ready. For those who have been paying close attention, they know that things have been coming along swimmingly.

As we’ve been following, it seems like the OG car will be making its way to the list this year after some technical difficulties with the newer version of Murder Nova. However, we still think that this car will make a serious impact. With a new combo under the hood in a 540 cubic inch combination, there has been a lot of ironing out to do.

Admittedly, the combination had a couple of stumbles at the beginning. This is pretty natural for just about any new combo, though. Being the professional he is, and with just a little bit of help, though, Shawn rather quickly found a way to get this thing right. At this point in time, the car is looking great.

This time, we tune in for one final test session before the list races get going. As we spectate, Shawn puts the final touches on the combo to get it ready to rip. While this is the final chance to modify the setup before the list lights up, we can expect constant tweaks during list races as well.

If there’s one thing that really goes under-appreciated in the world of racing, it’s how much effort needs to go into getting cars ready. These guys don’t just slap together a combination and head out there to race. Sure, being a good driver is an important part of winning races. However, a good driver isn’t doing anything without a car that’s going to treat them well.