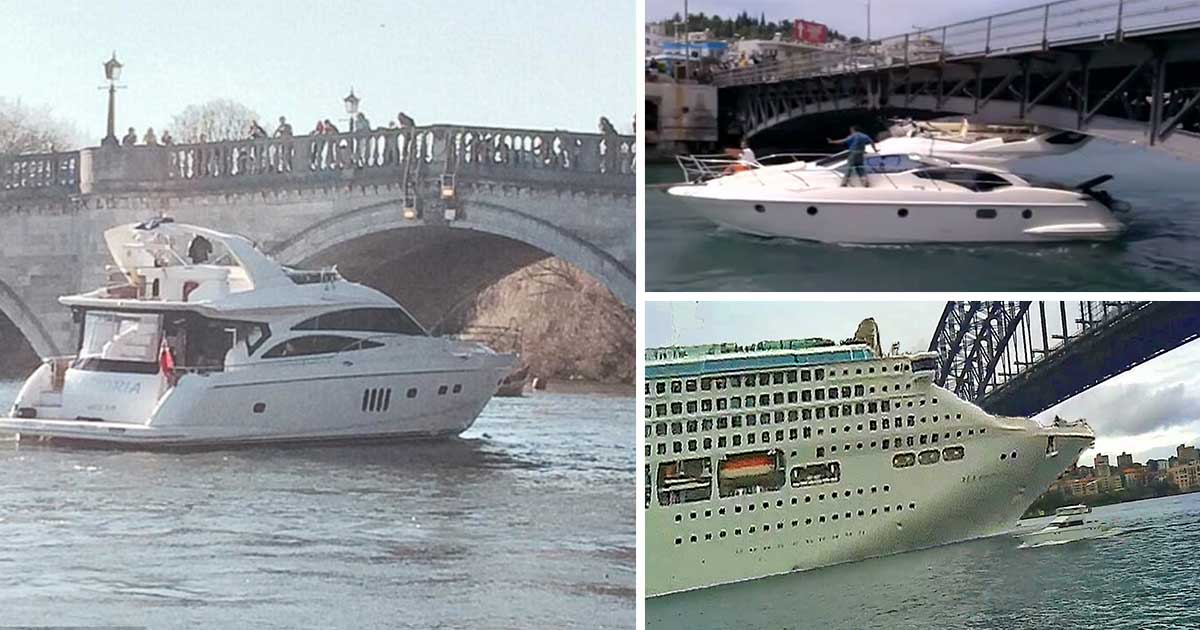 Let’s just say that everybody has a bad day once in a while. Even those among us who have incredible amounts of responsibility have found themselves in tight situations. This might mean that somebody who has control of a cruise ship or a cargo ship could even end up being the one to slip up.

While it might seem like a relatively straightforward journey to aim one of these things where it needs to go, I guess that there are more considerations to make than meet the eye. Don’t ask me, I’m just a writer. As it turns out, though, there are plenty of things to run into while out and about in the water.

Whether it’s a bridge or something else, a big ship running into just about anything is a formula for disaster. While a regular-sized boat running into a bridge may damage the boat, when something bigger runs into a fixed structure, the chances are that that structure might just be going down. Even if it isn’t visibly damaged, we would bet that it’s going to cost some money to inspect something like a bridge to make sure that it’s safe to bear a load still after being clobbered by a cruise ship.

This time, we check in with a variety of situations that put ship captains in a tight situation. Some of these vessels are larger than life and others are consumer-sized. However, the crunch that they provide is definitely something that can make our insides cringe just a little bit.

Down in the video below, we check in with the situation that absolutely nobody would want to be a part of. However, at the end of the day, it just so happens that we all have a bad day now and then. These bad days are just substantially worse than your average stumble.

« “Need For Speed in Real Life” is the Coolest Video Work We’ve Seen in a Long Time!