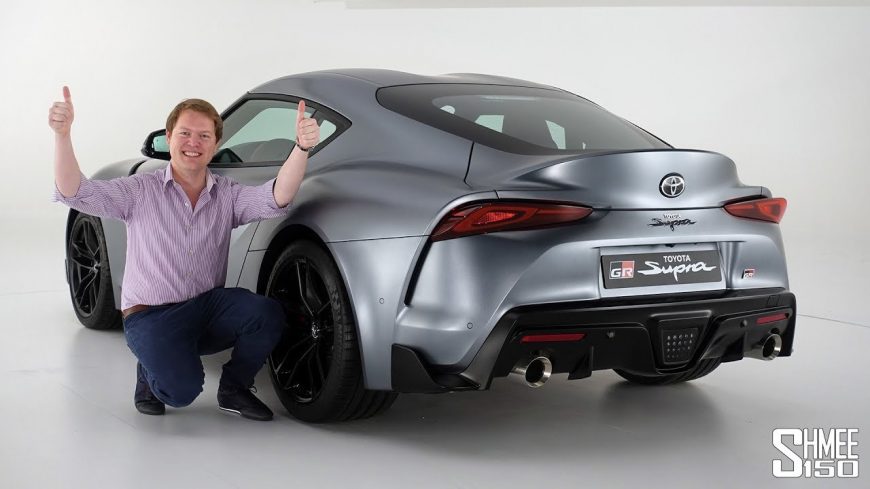 Around the water cooler, one of the most popular automotive nameplate discussions that you’ll hear these days is all about the Toyota Supra. As we all know at this point, the car has made its re-debut, finding a way out of the woodwork for a new generation of machine. There has been a lot of speculation and now the time has finally come for the iconic lineage’s modern relative to be judged for what it is and what it isn’t instead of being picked apart based on speculation. It’s always fun to talk about things and speculate, but what does the brass tax look like?

As far as getting a good eye on the car, we have seen the official release along with a blooper that leaked the car early. However, it seems as if YouTuber, Shmee150, is one of the first to get a real up close and personal experience with the the car. He even admits that after checking it out, he has placed an order to be one of the first Supra owners, well, when we’re talking about the most recent generation, at least. While the car has managed to stir up quite a bit of controversy as we would’ve expected with pretty much anything that Toyota put out there, Shmee seems to be generally excited about what the offering promises after being able to spend some time with the car.

By following along with the video below, viewers will be exposed to perhaps the most in-depth that we have been able to see with the Supra today. It’s pretty entertaining to watch as Shmee tours the car inside and out, taking note of some of the features that really sets it apart from the pack and maybe a couple that will bring a little bit of nostalgia to those who are attempting to compare the car to the Supra of old.