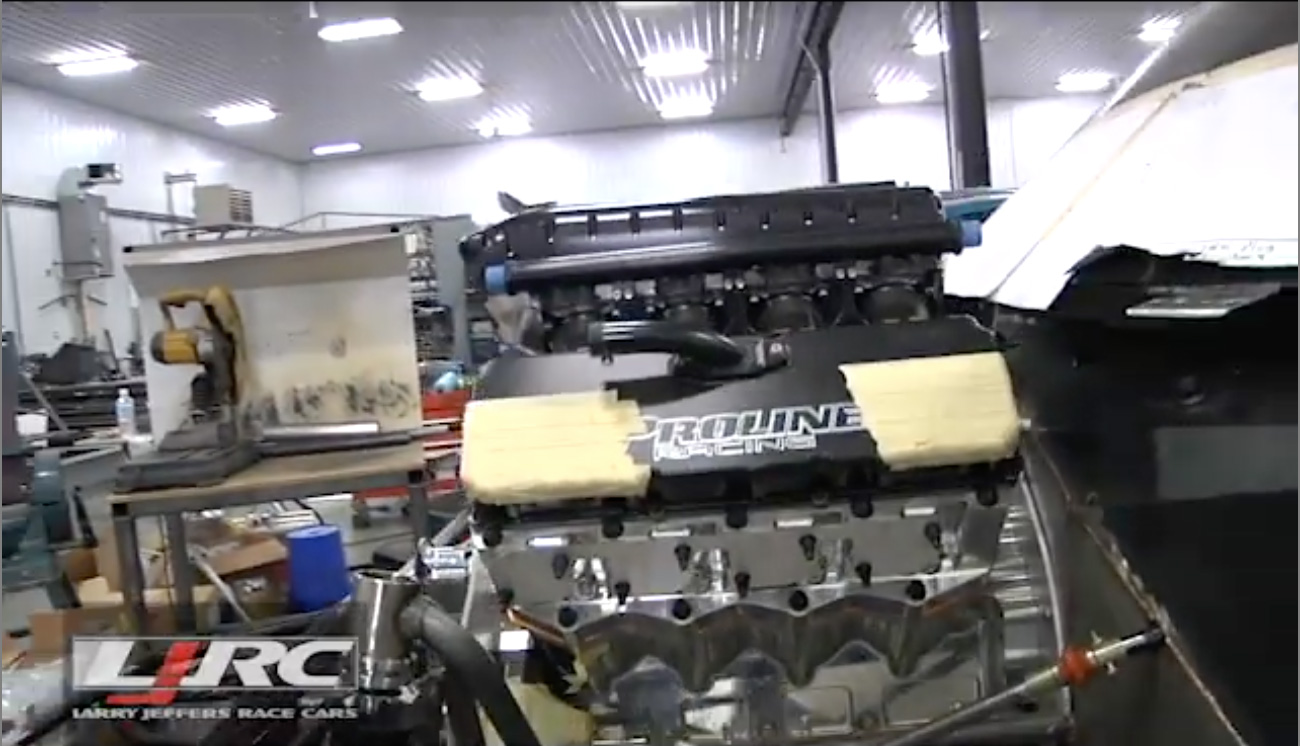 There are several notable cars in this Larry Jeffers Race Cars shop tour, but one of them really piqued our interest and has us chomping at the bit to find out exactly who from the drag radial world is going no prep racing.

While we don’t know who it is, there are a couple of notable clues that, at least to us, point to one particular Radial vs the World competitor. I’m not going to call any names, though, so you guys will just have to get the gorilla off your backs and see if you can find the golden ticket.

The first and most obvious clue is the car itself. The body is a steel first gen Camaro shell, and in the world of top-tier drag radial teams, there is one front-running team that’s known for running a stock-style Camaro body.

There’s another big clue stuffed into the framerails in the front of the car too, in the form of a ProLine Racing Engines powerplant and a pair of massive turbochargers. The team that’s so well known for their Camaro body also just happen to run a twin turbocharge Proline combo, further strengthening the arrow pointing toward this particular team.

The final clue requires a little knowledge of some of the behind-the-scenes world, knowing for instance that it was Jeffers who quickly repaired this particular team’s car after a devastating crash a couple of years back, which ties the team to the Missouri-based chassis builder currently assembling this no prep build.

Obviously he intentionally left out their name, but the clues are certainly there to paint a very specific picture. We’ll just have to see how things play out and if these rumor Mills prove to carry any validity. As for the rest of the tour, be sure to watch to the end and check out all of the awesome new builds, as well as a few cars in for upgrades and repairs!