Safety has to be the first priority in any car, but especially in a high powered drag ...

Safety has to be the first priority in any car, but especially in a high powered drag car. From the safety equipment worn by the drivers to protect them from hard crashes and fire to things like a roll cage and a fire system that offers protection from the same things. One piece of equipment that I’ve noticed seems to be missing from a lot of cars is a transmission shield, and this video shows why that’s a terrible idea.

Many transmissions are built in the same case that was used in a stock car, despite having upgraded parts inside and being bolted to an engine with sometimes double or even triple the horsepower of the factory combination. The case certainly is a strong piece, but unless you upgrade to a reinforced aftermarket case, you’re very likely to find yourself looking at the inside of your transmission the first thing something goes wrong with it. As you can see, case failures do happen and usually, when they do, it’s with disastrous results.

I’ll tell you up front, when I look at the internal workings of a transmission, my eyes kind of glaze over and I just sort of zone out, because I don’t really know how exactly they work or what any of the parts are, but I can tell you that there are some extreme forces at play in there and some of the components spin at insanely high RPM’s, especially if things go wrong.

When that happens, and these spinning components come apart, they’re scattered against the case. If the case is just any old run-of-the-mill stock case, the broken pieces have a tendency to go straight through it. If you don’t have a shield or a ballistic blanket in place, they’ll continue on until they hit something inside the cockpit, such as your legs, arms, or even head.

We hear it all the time: safety equipment is so expensive. It often is, but it’s because it’s worth it. You can invest a couple of hundred dollars in a shield or a blanket or risk having thousands of dollars in damage from an exploding transmission, or even worse, thousands of more dollars in hospital bills if the pieces hit you. Think about it folks, don’t cut that corner. 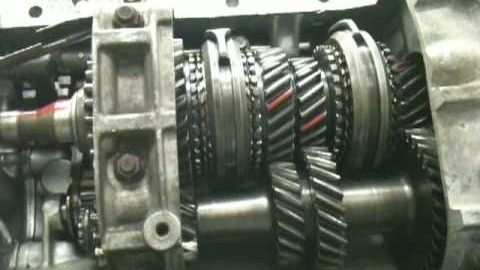