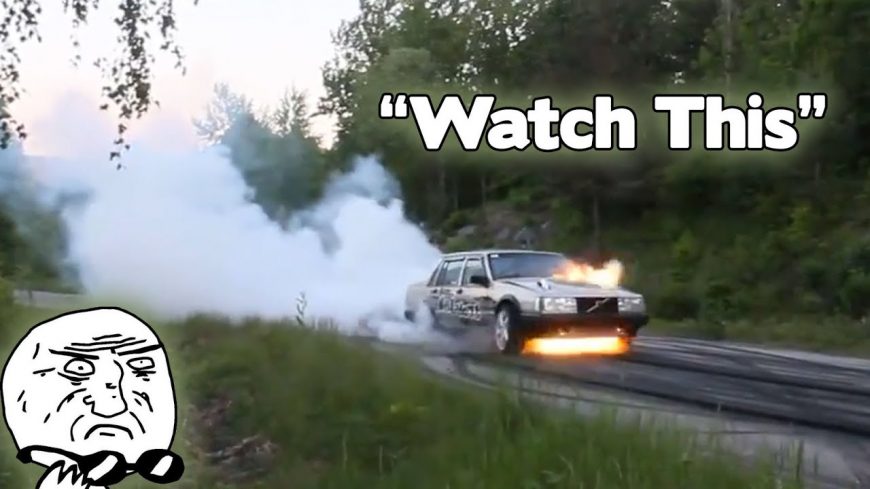 Sometimes, showing off can go incredibly wrong. At the end of the day, the sheer nature of showing off indicates that the person behind it all wants everybody to look at them. Once they get exactly what they want, these folks better make sure that they end up following through with their intentions. Otherwise, things can end up going poorly and the last place that you want to be when things end up going poorly is somewhere that everybody is staring at you.

This time, we check in with a whole collection of people who tried to show off and things didn’t end up exactly going their way. Sometimes, these displays end up being a result of people being in the wrong place at the wrong time. Of course, there are situations where factors just stack up in the exact wrong way. However, other times, we watch as a clear situation emerges where folks just simply run out of talent. In either case, the result is usually similar.

Hopefully, at the end of the day, these adrenaline junkies had a good time. Some of the situations certainly got expensive in a hurry. Nobody wants to pay for tires and gas but when it goes beyond that, things can get downright painful as certain maneuvers break things or end up in damage that can really punish the bank account. The hobby is expensive enough without wrecking but when things start to blow up and crunch, the dollar signs really become inflated.

By following along with the video below, we get a massive compilation that shows off some of the wildest fails on the internet. Some of the drivers just extend themselves to the point where there is absolutely no return. In most cases, instead of getting incredibly lucky, they just end up paying the price.