Shredding Around in a Sea-Doo Swapped Mini Boat 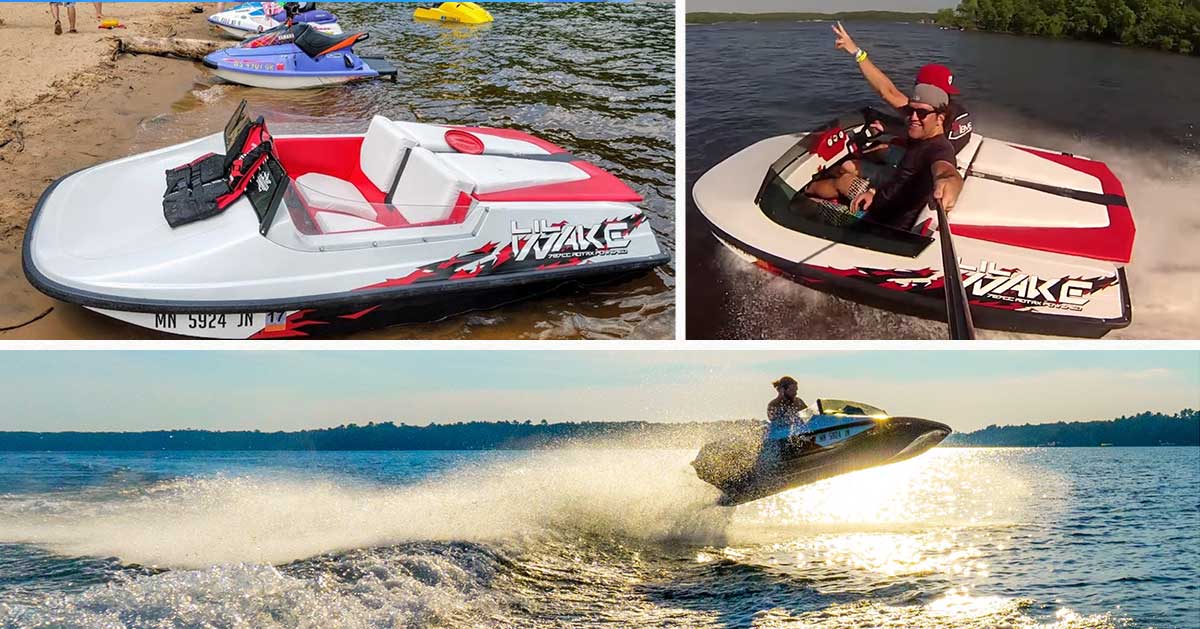 When it comes to having fun in the water, there are all kinds of ways to get it done. Depending on preferences, the customization is just about endless. Let’s just say that you want to fall somewhere in between a jet ski and a full-size boat. There’s even an option for that!

This time, we take a look at a contraption that goes by the name of “Lil Wake.”

Apparently, Lil Wake started off life as an Addictor 333. We had to do just a little bit of research but it appears as if this isn’t a custom hull. Instead, these tiny boats came fitted with an outboard engine.

However, it seems like the person behind this machine had a little bit of something different in mind. With a touch of creativity, the end product is something that’s definitely going to turn heads. Don’t get us wrong, the Addictor seems like a pretty cool idea. We have to admit that we’re certainly loving the twist thrown into the mix here, though.

Instead of just a small outboard, instead, this one gets the heart of the jet boat. Now powering the small but mighty vessel is a 787cc Sea-Doo power plant. When all is said and done, the engine makes 110 hp. That might not seem like a ton but when considering something small and lightweight like this, it’s sure to get the party started.

From what we can tell, the original boat also came in one color – a rather ugly shade of yellow. Obviously this particular vessel doesn’t match the original appearance. It does appear as if this one has received some custom graphics and a little bit of vinyl work in order to really make it seem like something that Sea-Doo might’ve built themselves!

At the end of the day, seeing is believing. What we do believe is that this tiny boat has a massive personality!