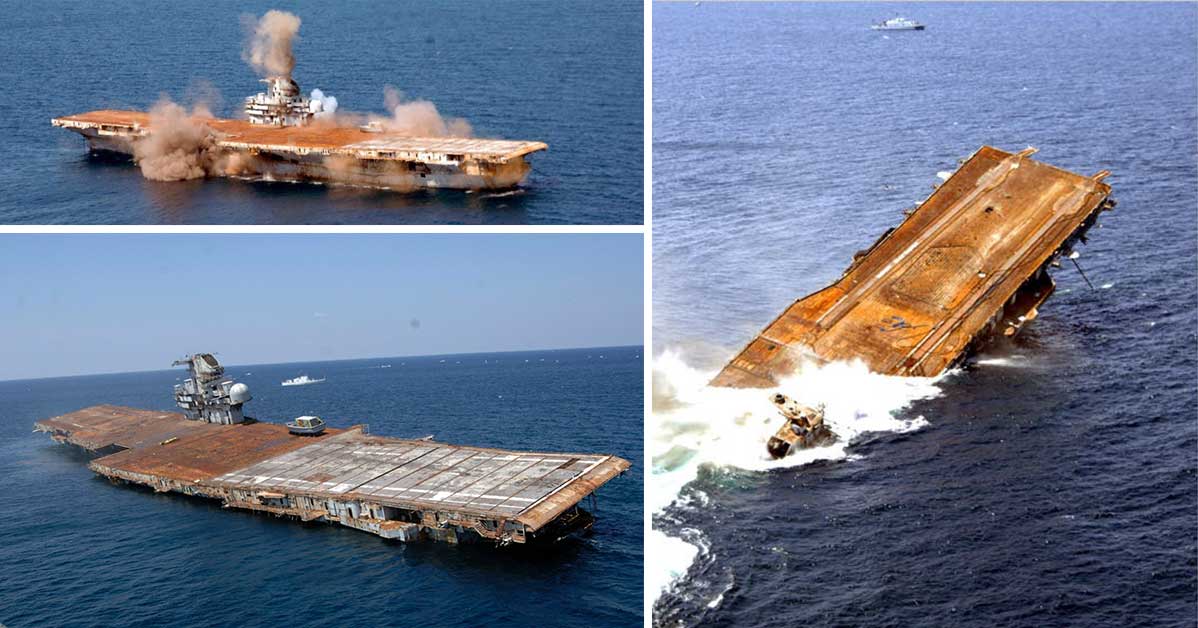 Unfortunately, as awesome as some vessels might be, they can only serve their purpose for so long. After regular wear and tear had gotten the best of the USS Oriskany, along with age, we would see the aircraft carrier become a relic of the vessel that had once been so useful. Back in its day, the USS Oriskany was certainly something that seemed to be larger than life. As it served in both Korea and Vietnam, this aircraft carrier more than likely got plenty of use through the years.

However, after serving its duty, the vessel had become nothing more than a large pile of metal that could float. Therefore, it would be retired but it wouldn’t head to the scrap yard like many others of the same category. Instead, the ship would get to live a new life. In this second life, if you will, the vessel would become the lifeblood of an underwater environment.

To get things started, the Oriskany has stripped of pretty much anything of value and anything that could be dangerous for the environment. From there, it’s time to wish your final goodbyes to the vessel as it’s time to go down. How exactly does one manage to sink something that was designed to avoid sinking above all else, though?

The answer to that question is rather simple. You hook it up with a lot of explosives.

Down below, the vessel gets sent off for a final goodbye as it’s rigged with said explosives to be sent to the bottom of the ocean. When all said and done, this endeavor is in the name of creating the largest artificial reef in the entire world. It’s kind of sad to see such a prestigious artifact go down like this but it’s also a little bit reassuring to know that it’s not going down in vain and instead will help the environment for years to come.

« The Conspiracy Around the Fastest Drag Racing Pass Ever Recorded