We think that, in the handbook of most enthusiasts, lowering a car might be one of ...

We think that, in the handbook of most enthusiasts, lowering a car might be one of the first things they look at for a performance vehicle. Even with factory performance vehicles that are a little bit lower than others out of the box, sometimes, the aftermarket can do even better.

For our “Curate C8” giveaway car, it does have the adjustable coil-overs that allow ride height adjustment from the factory. Over the years, the Corvette has been known as a model that has come with some sort of lowering capability with factory equipment. However, with 2020, if it has the front nose lift, the ride height can’t be adjusted in the front.

This is an issue that aftermarket companies weren’t going to just stand by and let happen. Instead, the crew over at Cicio Performance came up with their own lowering kit to combat the issue. As it turns out, the kit is relatively simple to install. When all is said and done, the kit makes a world of difference. It almost makes us wonder why some vehicles like this aren’t a little bit lower from the factory. Cicio’s kit puts this thing exactly where it should be!

By following along with the video below, “The Wrench” takes us on the guided tour of the process behind installing the kit. As if the C8 wasn’t incredible before, mods like this take it to an all-new level. At the snap of your fingers, the car is much more aggressive looking than it was before!

This C8 as designed by the decisions of the fans or $50,000 could be yours. By clicking here, you can find out exactly how to go about adding the car to your own personal collection. It certainly is a machine that would spruce up just about any garage, if we do say so ourselves. 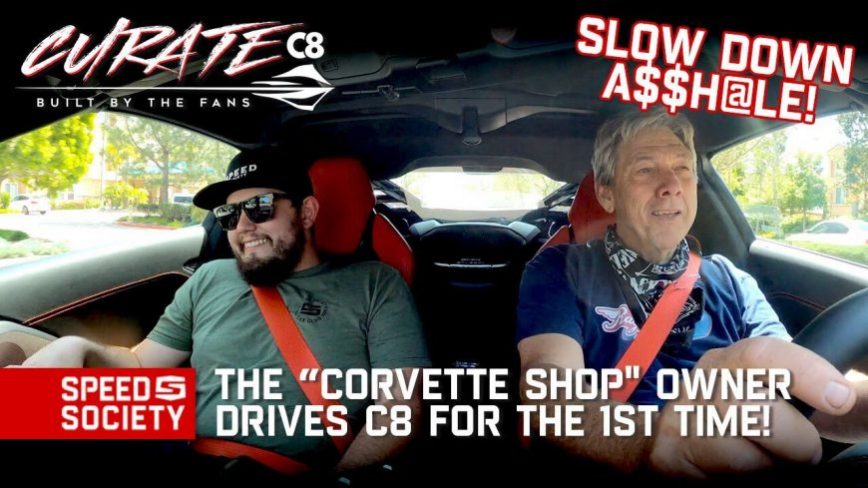