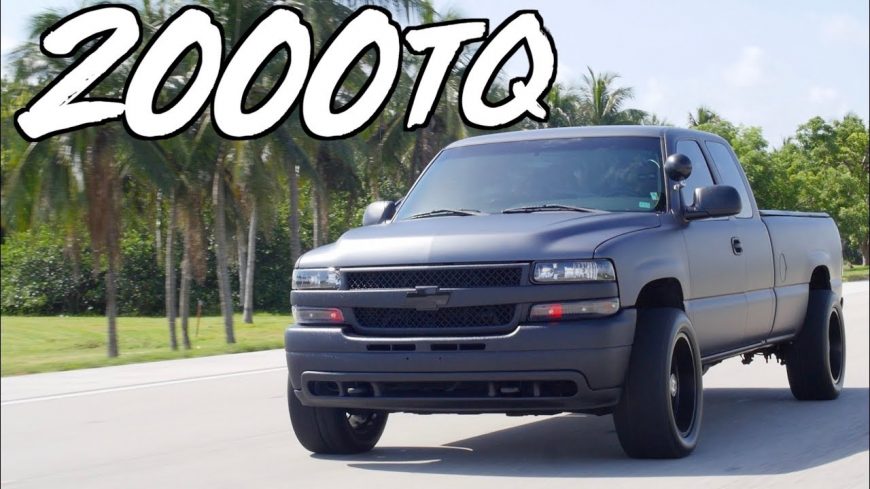 If we’re talking about the vehicles that you can write off as probably not so fast when it comes time to race, well, I guess the point that we’re going to make here is that you can’t really write off anything. You should probably expect that just about every vehicle that wants to line up next to you could have a secret hiding out under the hood because it seems like the mechanically inclined folks of the car community have managed to figure out ways to make just about everything and anything as fast as they possibly can.

Now, in the world of ferocious diesel trucks, you probably have almost come to expect that maybe a diesel powered truck might be a little bit quicker than your average heavyweight would be. However, when you line one up against certain cars, the average bystander probably wouldn’t know that a truck like this is capable of putting on a show for the supercar of its choosing. In this one, that’s exactly what it does as That Racing Channel is on scene to catch all the action when this Chevrolet Silverado powered by Duramax shows that there’s quite some power hiding out under that flat black finish.

If you follow along down in the video below, you’ll be able to watch as the heavyweight plows straight through an SRT Viper, a car that has been known to hold its own against some of the fastest on the scene, managing to take-home victory in a race that maybe not everybody saw coming. If you weren’t aware of the power that could reside under the hood of these diesel monsters, you now might take a second look the next time that you run across a truck like this. After all, all of that torque is ready to punish at any given time.