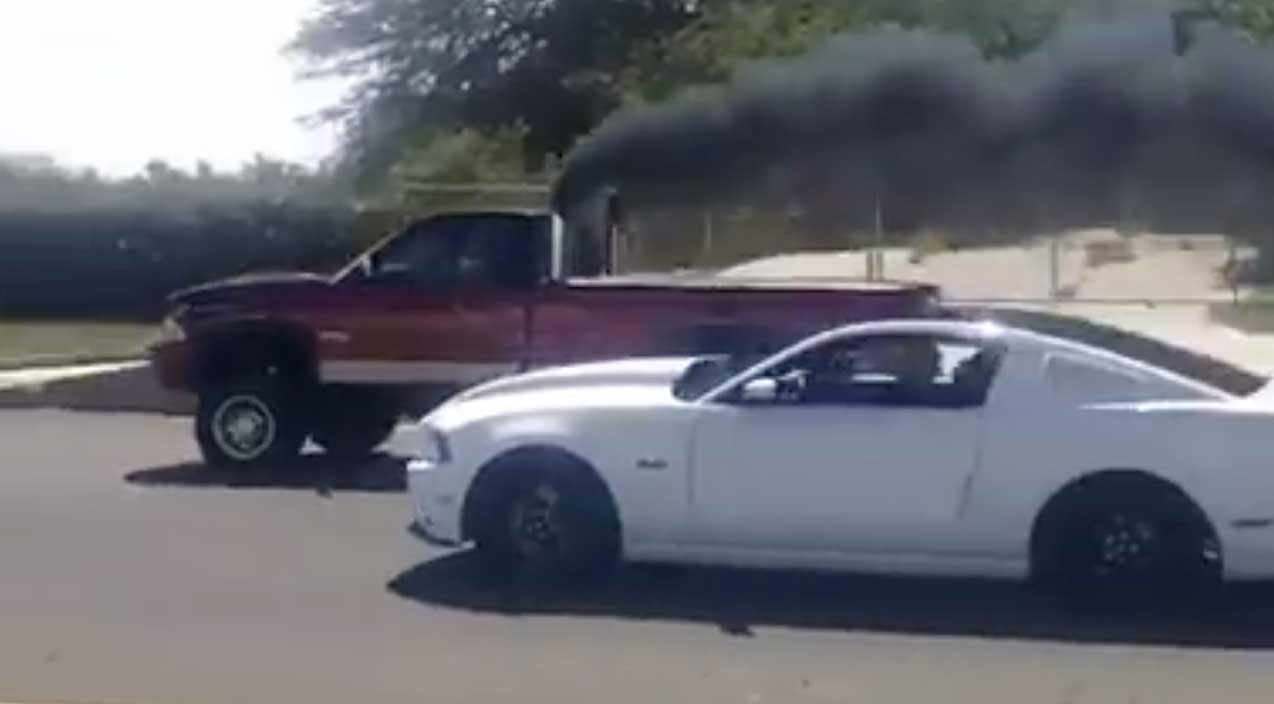 For many things in life, looks can be deceiving and I think that this trend holds especially true when you consider the world of racing. Even though something might not look fast on the surface, you really never know what’s hiding out under the hood because it could pack a lot harder of a punch than you had expected.

This time, we check out a little unlikely battle as a second gen Dodge Ram powered by Cummins goes head to head with a Coyote powered Ford Mustang sporting a twin turbo setup that sounds quite ferocious. It certainly has a lot of bark, but doesn’t have the bite to back it up?

While it might be an impressive ride, at least in this situation, the Mustang really doesn’t seem to have enough juice in the tank to be able to overcome the big bad Dodge. On the surface, this is probably a matchup that the untrained eye couldn’t have ever been able to begin to decipher before it went down.

Check out the video down below that shows you the quick race going down on a back street as the heavyweight manages to pull some tricks out of its hat to overcome the menacing Coyote. What do you think of the way that this Dodge pickup truck seemingly handled a sports car with ease?

« Throw Some Boost at a Honda S2000 and it Becomes a Racing Machine!