If a driver wants the bonafide formula to going fast, the tried-and-true is right ...

If a driver wants the bonafide formula to going fast, the tried-and-true is right there waiting. For some setups, car owners can just start plugging in parts to make the equation work. It might be easier said than done but with a common racing platform, it’s almost always going to be easier.

Sometimes, trying out something a little bit different can be a little bit more rewarding at times. Yes, going stupid fast in anything is pretty neat. Going pretty quick in something like a work van is definitely an experience that measures up to going faster in a vehicle that everybody already knows to be fast such as a Corvette or some sort of Mustang.

This time, we get to follow along with just that formula as apparently, when someone saw a transit van, they also saw a racing machine.

To those who aren’t really all that into going fast, it might not make all that much sense. For those of us who have a need for speed, though, it’s not hard to tell exactly how cool it would be to have a race car on the back of a tow rig that is also able to handle itself quite well when it comes up against a variety of different challengers.

By following along down in the video below, we’re able to get the scoop on what a van like this is all about. It’s pretty neat to watch it beat up on a couple of unsuspecting competitors as well!

There’s just something that’s so incredibly obscure about a mission like this that makes it all that much more entertaining to be a part of. After chasing along with this machine, be sure to tell us what you think would be the ultimate racing tow rig would be. With a little bit of elbow grease, anything is possible! 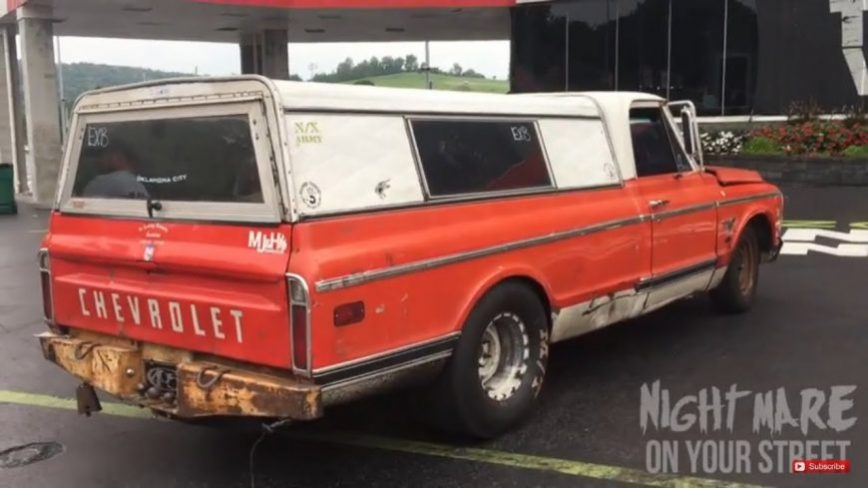