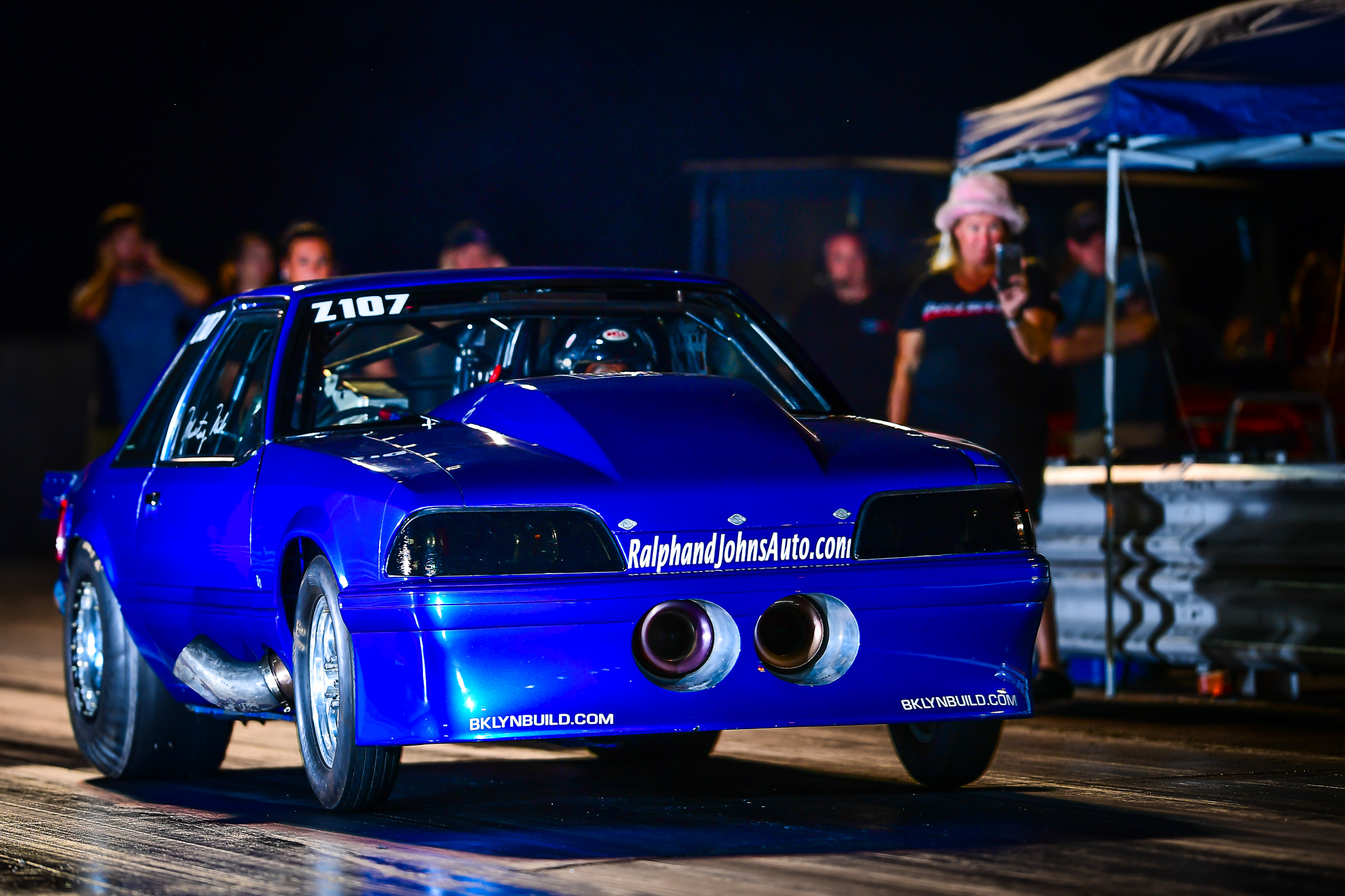 While his massive reputation certainly reached beyond the small tire Mustang world, that was the arena in which Brooklyn-based Mike Modeste, know by all simply as “Mustang Mike”, established himself as a force to be reckoned with. Mike became the first African-American national series champion when he won his first championship with the NSCA in 2000. He would go on to win championships in 2003, 2004, and 2007, then won a pair of titles in 2007.

Mike was also the fourth member of the Six Second (quarter mile) Radial club, a accomplishment in which Mike took a great deal of pride. His twin ProCharged Mustang had most recently found the winner’s circle at Maryland International Dragway’s World Cup Finals, the final race Mustang Mike competed in. He had also taken the winner’s check in LDR at Radial Fest in Huntsville Alabama a couple of months earlier, adding to his massive win list. Mike, a Ford technician by day, also helped other teams with his tuning expertise when he wasn’t behind the wheel.

A testament to the man behind the Mustang Mike persona, a massive outpouring of support and love spread across social media upon the news of his unexpected passing, with post after post remembering Modeste’s infectious smile, his willingness to help his fellow racers, and his unfailing friendliness.

We at Speed Society send our sincerest condolences to Mike’s family, friends and fans. Godspeed, Mustang Mike. You will be missed by all, but never forgotten.