Snap-On VS Harbor Freight! Who Makes A Better 1/2″ Torque Wrench?

Snap-On VS Harbor Freight! Who Makes A Better 1/2″ Torque Wrench?

For those who have ever purchased tools of their very own, this is a video that those ...

For those who have ever purchased tools of their very own, this is a video that those folks are going to want to watch. Most of us have even contemplated this kind of decision ourselves when we went to the hardware store and saw the astronomical prices that accompany some of those name brand tools.

Now, we know that there are varying opinions on the matter. Some folks stay true to their name brands and claim that spending the money is worth it in the long run if the tool can outlive other brands to the point where the owner won’t have to replace it and spend more cash.

Others, however, will go completely on the cheap side, claiming that companies like Harbor Freight simply repackage similar technology at a lower price. This group might argue that it’s wasting money by spending big on name brand tools. Then, there is a third group of people who will pick and choose certain tools that are acceptable to buy cheaper while splurging on others that they are going to use on a regular basis and rely on constantly.

This time, we check out a little comparison that takes a couple of torque wrenches, a more expensive Snap-on model and a cheaper rendition from Harbor Freight to compare the two and see if it’s worth spending the extra money. Now, this is just one of the many reviews and comparisons to consider along the way and consumers should probably do their own research before picking one.

However, we encourage those who are considering buying one or the other to check out the video review down below and tell us what they think of this little comparison that puts both of the wrenches to the test. Is this enough to convince you to go one way or the other in terms of spending your hard-earned money? 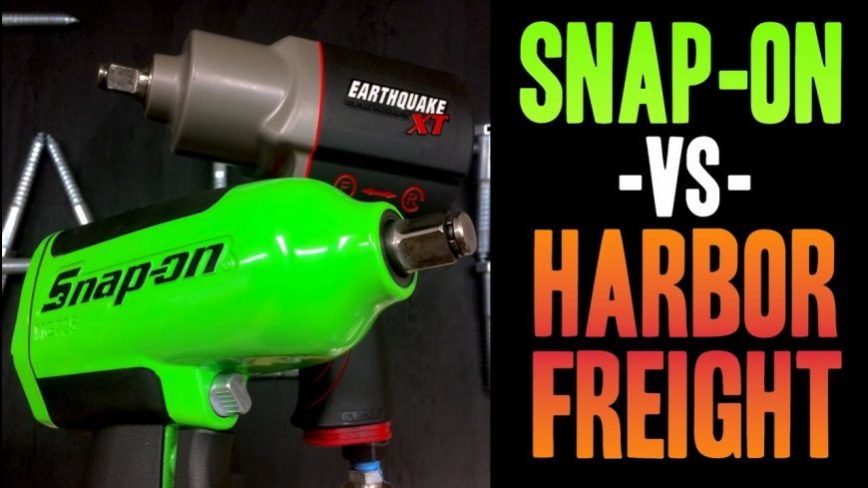