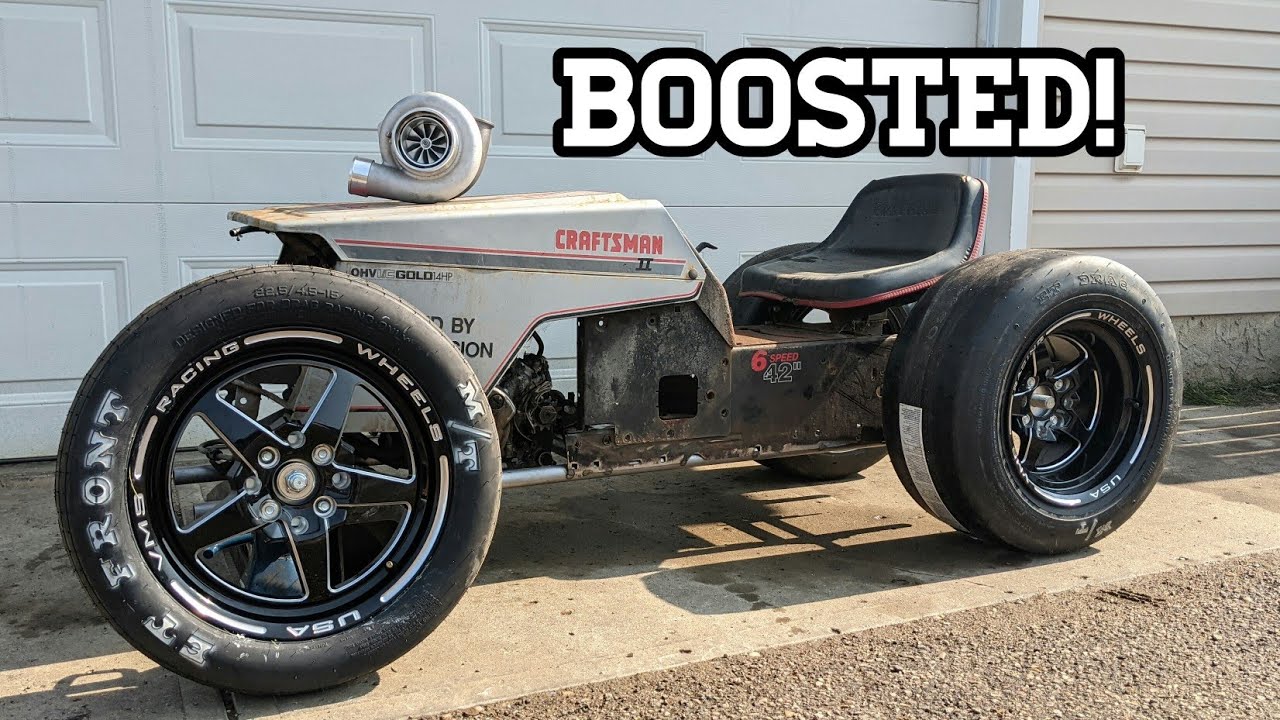 Here at Speed Society, our goal is to aggregate the most interesting, adrenaline pumping, and off-the-wall content that the revolves around automotive industry and the community backing it. With that goal in mind, it would only follow that we have seen some pretty obscure creations come to life. There are really some creative folks out there who come up with innovative and different ideas.

When someone with a little bit of know-how and the right set of tools gets to wrenching in the garage with nothing more than their abilities and their ideas on tap, well, I guess you could say that some really odd things happen and this most certainly is one of those situations.

When somebody with that mechanical inclination decided that they wanted to repurpose their lawnmower for something a bit more intense, the effort was underway to create a machine like no other. Now, you’re probably thinking that maybe they took a step up from the 10 hp engine to 20 hp engine or something of the like but that isn’t the case at all. This step is a lot larger than that.

The video below elaborates on exactly what we’re talking about as it shows off a lawnmower that’s powered by a 660 cc engine. That isn’t all, either. Instead, it appears as if the idea here is going to be to make this lawnmower stand out from the pack even more by fitting it with an entire drag racing setup.

It’s going to be interesting to watch the rest of this project pan out as this is just part one.

While it is obscuring off-the-wall, it isn’t the first racing lawnmower or obscure racing machine that we have seen. Just check out this insane record setting lawnmower from Honda or this drag racing golf cart that slays some pretty intense competition!