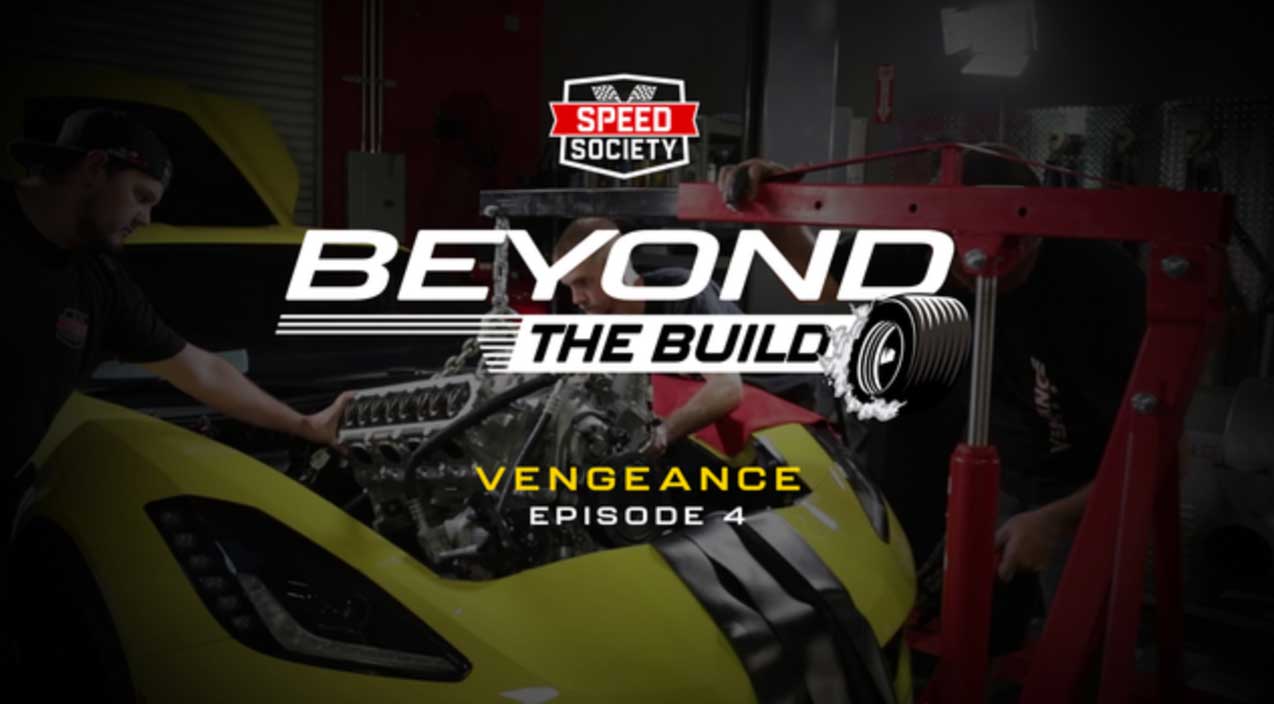 If you haven’t been following along closely with what we have been doing here at Speed Society, in terms of our latest giveaway, well it’s time to catch up because we’re entirely too excited about this one. As usual, we put in the most effort possible to bring you the heaviest hitting cars that we can and we think that our current giveaway, an 850 hp C7 Chevrolet Corvette, really falls right in line, rolling with the punches, and bringing the best possible car that we can to the table. When you have your eyes on what we’ve been concocting with this formula, it’ll all come into focus as to why we’re so excited about this build.

When it comes to coming up with these cars, the untrained eye might think it’s an easy task so, in order to showcase all that goes into something like this, we have designed the Beyond the Build series that takes a shot at being able to convey just how much effort and time has to be invested into bringing these one-of-a-kind cars to your doorstep along with all of the different people who have to dedicate themselves to making this mission a success.

This week, we showcase a portion of the elbow grease as the muscle from Vengeance Racing really starts to make their magic work as they start to crack into the mechanicals of the Corvette and Vengeance’s owner, Ron Mowen, begins to divulge upon just what is being modified and how it’s being modified in order to get to that end goal of 850 hp. Long story short: these guys are going to retouch and modify a little bit of just about everything in order to make the goal of an absurdly awesome Corvette come to life.

When it comes to a regular day here at Speed Society, we love to have a good time while making magic happen in the automotive community and by following along for yourself, you’ll be able to see just how all of that works down in the video below because sometimes, showing is better than telling!

« Drag Racing On Ice Looks Like Our Kind Of Fun