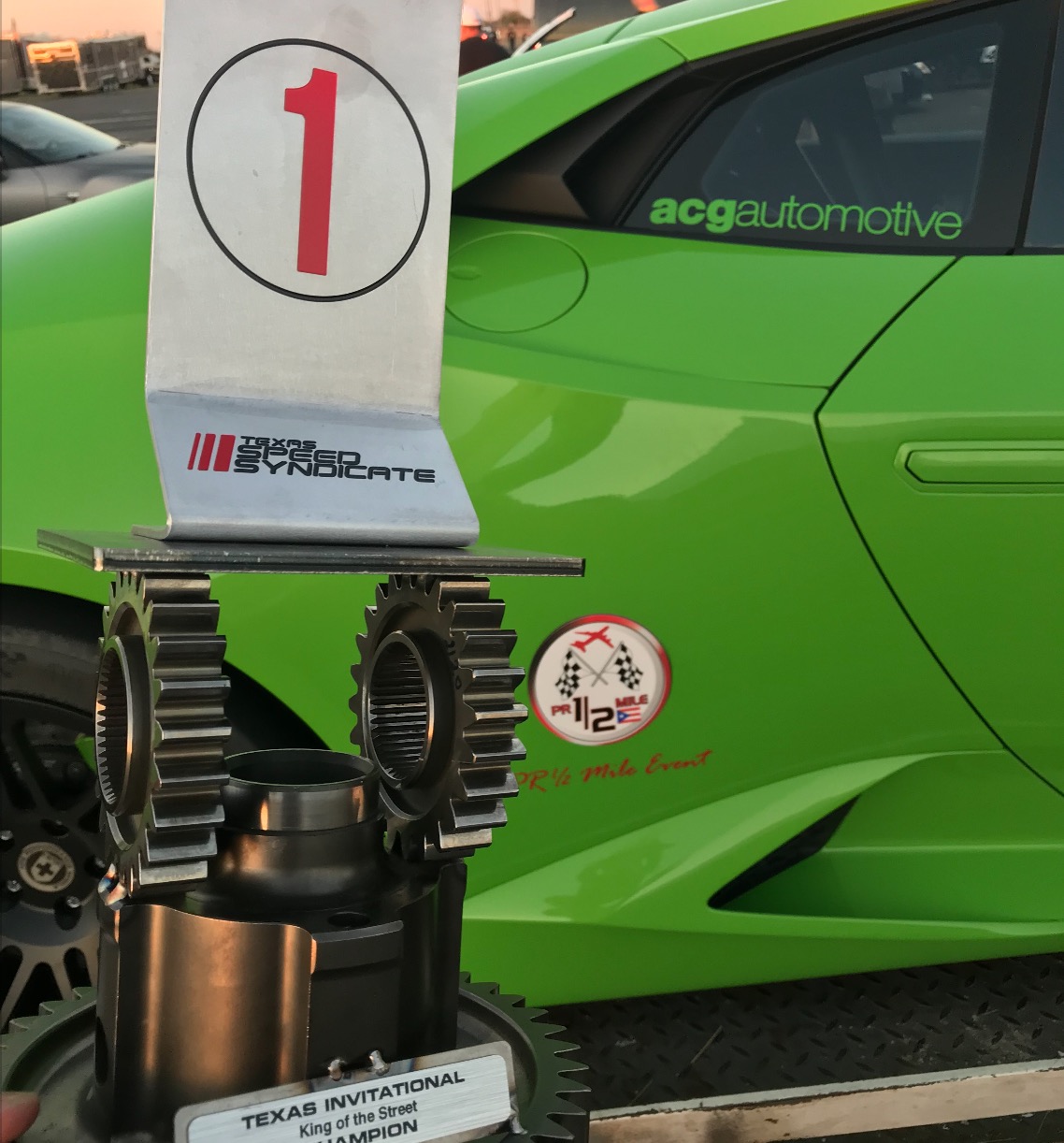 Speed Society’s own Ross Fowler wrapped up a big win at the Texas Speed Syndicate’s roll racing event known as the Texas Invitational. Fowler took his retina-searing Lamborghini Huracan. The car, known as Yoshi thanks to the gorgeous green color, is a 2000hp Underground Racing Stage X build!

In the roll racing format used at the Texas Invitational, the car that gets there first is the winner regardless of the top speed, unlike some half-mile and mile racing events where the deciding factor is the mile per hour measured when the car crossed the finish line, which is why they run side-by-side races instead of just handing the trophy to the fastest car in qualifying, which makes for some interesting outcomes when racing commences.

After wading through some tough competition from the top-end racing world throughout the competition, including reigning King of the Streets champ Bob Helms in his UGR-equipped Lambo Superleggera, Ross lined up against #1 qualifier Tony Palo and his T1 GTR.

Despite the obvious difference in their qualifying speeds – 230 MPH for Palo vs 218 for Fowler – the cars still had to line up side by side to decide the winner, and that’s where things got interesting. As the cars reached the 65 MPH starting speed and approached the starting light, the green light blinked on and Ross dropped the hammer, jumping out to a massive lead that Palo was unable to make up, watching from the best seat in the house as Ross brought home the win for himself and Speed Society. As you can see in the screenshot above, the green light is on and the Lambo is squatted hard while the GTR is still brake boosting, which is a bad thing when your opponent is on the gas.

We couldn’t be prouder to have Ross on board as part of the team and to see him out there winning such a prestigious event. Look for more coverage of the event soon right here on Speed Society.