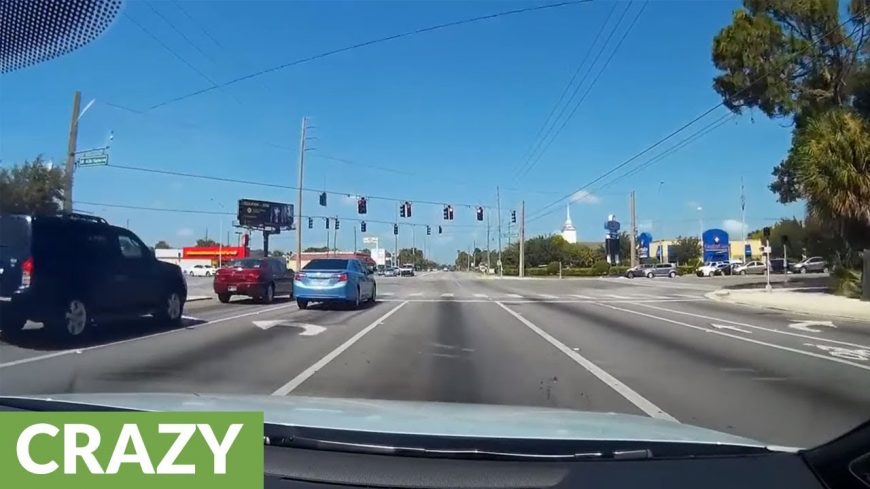 With great power comes great responsibility. That is the credo that has lived on for generations and definitely can apply to a multitude of situations but in this situation, we check out about the most literal definition of that saying as possible when applied to the car world. You see, when you have a great amount of power in a vehicle that can easily peg the speedometer and send you flying out over a hundred miles an hour with ease, you also have a responsibility to pick and choose the right time to do lay into it because, if you’re irresponsible with it, you could end up hurting yourself and others.

This time, we catch up with some footage as a Chevrolet Corvette ZR1 owner is caught on tape and it doesn’t look like the driver here is necessarily using all of that power in the most responsible way possible. It’s actually quite unnerving as the car rips in and out of traffic, swerving between other drivers as the drivers as it zooms down a busy street with lots of side streets which would be perfect for someone to pull out and get into a big-time accident. The icing is the cake when the ZR1 driver hits the intersection, flying into the air as the car approaches the inclined a little bit too quickly for its own good.

Somehow, some way, nothing catastrophic managed to happen here but with one move in the wrong direction, this one could’ve been deadly. It looks like whoever is behind the wheel of this high-powered Corvette really needs to take a second look at their driving habits and make sure that they refrain from all these maneuvers that look like they came straight out of the Hollywood action film. Something about this situation just feels like a bad ending is coming.

« Biker On The Highway Stands Backward On Seat While Texting And Recording FB Video!