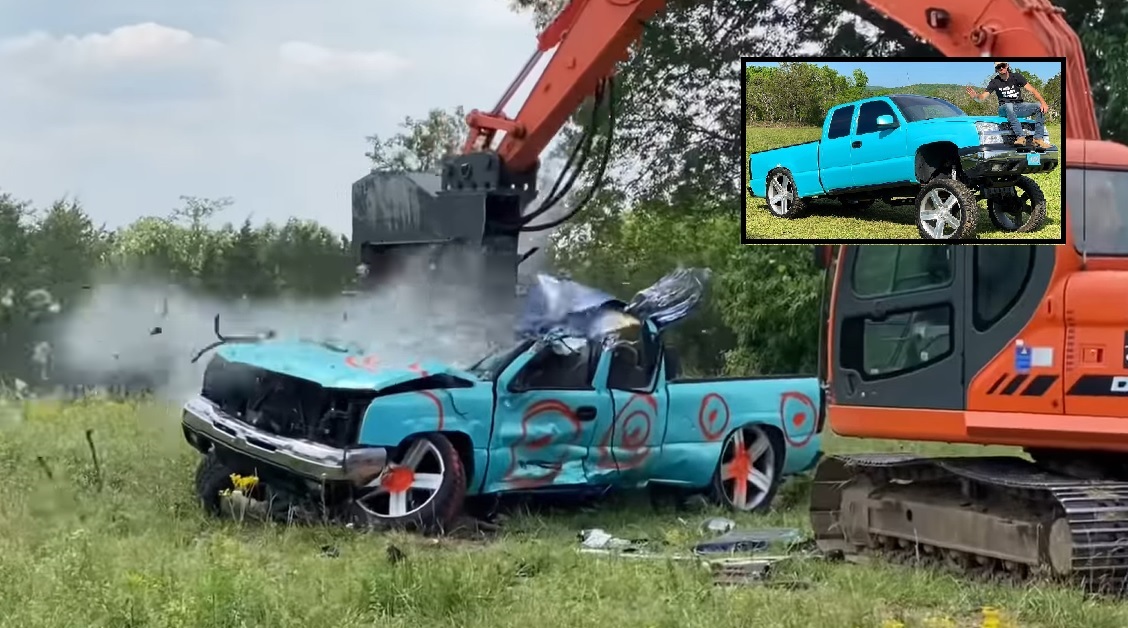 Popular YouTube content creator, WhistlinDiesel, has definitely been at the center of some controversial situations. With an affinity for breaking things and downright destroying them, sometimes the comment sections on his videos get a little bit fiery.

This time, though, it seems as if the vast majority of people chiming in were actually pretty happy about something that he destroyed.

In terms of car community trends, different fads come and go. One of the most recent hot trends is to do what’s called “squatting” a truck. In other words, one subset of the pickup truck enthusiast community will raise up the front of their truck while lowering the rear. Functionally, it doesn’t seem to have much of a purpose. In fact, it seems rather dangerous. However, those who enjoy this kind of thing seem to get into the aesthetic of the look.

Even though some people like it, the squat seems to be a trend that the vast majority of the car community has banded together to hate on. While we can’t always agree upon everything, this is one thing that pretty much everybody who doesn’t have a squatted truck tends to see eye to eye on.

Therefore, WhistlinDiesel did what he saw to be a public service.

After purchasing one of these squatted trucks and putting it through the wringer, absolutely destroying it, he decided to take matters one step further. Instead of just battering this thing beyond recognition, our host took it upon himself to mulch the truck. That’s right, with the help of a volunteer who had a machine designed to mulch trees, they got to work, pulverizing what was left of the pickup after some hardcore destruction.

That wasn’t where it would stop, though. Instead, autographed jars of mulch have since been sold in the WD store. At $69 apiece, 1000 of these things have sold and have since become sold out.

With the $69,000 in revenue, our host also promises that he is going to buy more squatted trucks to put out of their misery. While he says that he was cautious in doing this because it would essentially be funding those who build these sorts of things, the plan also involves a legally binding contract. This contract says that if WD buys their squatted truck, the seller can never build another squatted truck again!