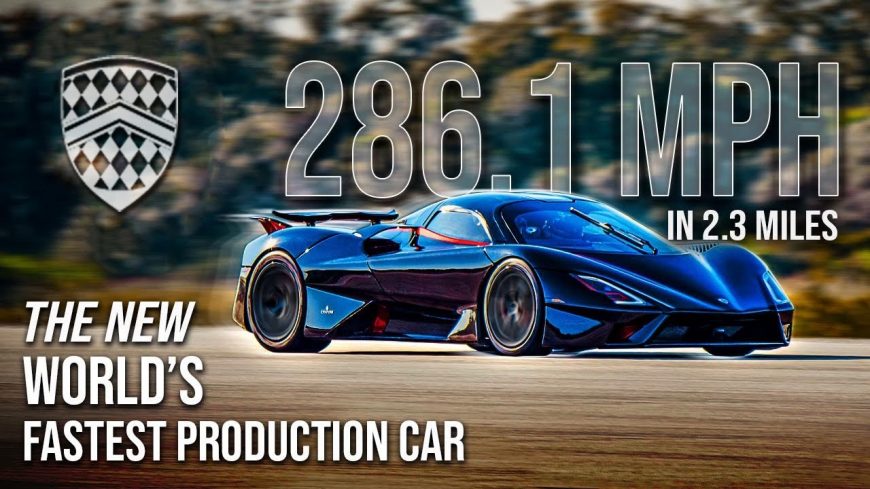 Oh, the day that the automotive side of the Internet exploded. We all remember that controversy a couple of months ago when SSC North America set out to break a world record. After a couple of passes, they would lay claim to the fastest car in the world. However, it wasn’t very long before the internet sleuths were tapping into the video and coming to the conclusion that something just wasn’t right.

Since there seems to be a conspiracy about everything, it could’ve been easy to write off. However, when credible YouTubers began to present the case, there was definitely some quesion as to the legitimacy of the record. From there, everybody seems to have an opinion on the matter and wanted to hear from the company themselves.

Eventually, Jerod Shelby, the company’s founder, would come out and address the discrepancies, even giving them credit himself. With all of the questions stirred up by the video presented, we think running again was probably the best course of action. There would have always been a shadow of doubt over this particular run and the only thing that SSC could really do to really prove themselves as the fastest in the world would be to go out and do it again, this time, with a little bit more solid evidence to back up the runs.

As revealed just this week, that’s exactly what they did. This time, we tune in yet again with the SSC Tuatara as it takes a shot at becoming the fastest car ever. Heading into the day, the standing record was a 277.9 two-way average. In other words, in order to obtain the top speed record, a vehicle needs to make one pass down a road before turning around and coming back the other way. The top speed on both passes will be averaged out to figure out where the record stands.

This time, the SSC would make its way north and end with a speed of 279.7 mph, a record breaker. However, they would need to maintain a similar speed to make their way into the books. On the way back, things would actually be a bit quicker as the car managed 286.1 mph. This time, according to SSC, the passes were verified by Racelogic to the tune of 282.9 mph, breaking the top speed record by a pretty decent margin. For those still a bit skeptical, Racelogic took to their Facebook page to confirm the record themselves.

Below, we can watch this record come to life as this car makes a couple of incredible passes. The team does say that they are happy with setting the record. However, they also claim that their eyes are still on that 300 mph mark. Given that the car only had 2.3 miles to play with and was still accelerating upon slowing down, we would say that this is a mark to keep an eye on because it’s likely not all that far out of reach.