These days, sit-down style jet skis might be the way that they’re commonly ...

These days, sit-down style jet skis might be the way that they’re commonly built but it seems like those who have stand-up skis are able to more easily accomplish gravity defying stunts. After all, they are a lot lighter and much easier to maneuver with your body weight.

This time, we check out the rider of a stand-up ski who shows us exactly what these machines can do as he uses nothing more than the wake of a boat to pull off a pretty impressive stunt that has everybody on said boat oohing and ahhing as he throws himself to the liberty of momentum.

We watch in suspense as we see the massive wake the boat is making when the rider approaches with speed, launches himself off of the trailing wave, and does a backflip, but that isn’t where the action ends! Instead of cutting it off there, he keeps on going with the flow and ends up being able pull off a double backflip while he’s in the air.

Check out the video down below as the moment was captured when this brave rider stepped up to the plate and completely knocked it out of the park with this maneuver that not too many people can say they have the ability to be able to carry out. What do you think of this athletic display? 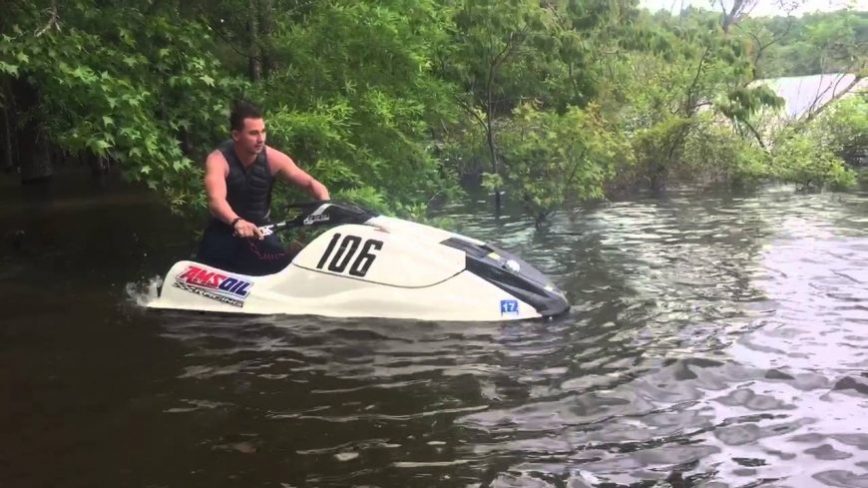