This year made two decades since the deployment of the B-2 Spirit bomber to Guam and ...

This year made two decades since the deployment of the B-2 Spirit bomber to Guam and it’s official introduction as of one of America’s most important and expensive weapon systems.

The B-2 bomber was originally intended to carry nuclear warheads deep into Soviet territory during the Cold War, had it ever gone “hot”. Its flying wing shape, paired with some of the most advanced stealth tech in the world, enable it to be undetected by enemy radar. The B-2’s long-range capability means it can fly deep into enemy territory and return home without having to stop.

With the demise of the Soviet Union and the end of the Cold War, the B-2 has been transitioned to use as a conventional bomber, finding its way into duty during the Kosovo War in 1999, and has since flown bombing missions in Afghanistan, Libya, and Iraq.

Most recently, the B-2 has been dispatched to bases around the Pacific to deal with potential threats from North Korea, should a conflict arise with Kim Jong Un. Of course, there are much more upbeat opportunities to see the B-2 in action here at home, as it is often flown over stadiums at the end of the national anthem, where it’s met by huge applause and cheers from the crowd below.

In this short video, we get a great impromptu look at the bomber as it flies low and slow above the camera. We don’t have any context for when or where the video was shot, but honestly, none is needed to appreciate the awesome presence the B-2 has as it screams across the sunset sky at low altitude.

This is just another reason we are able to claim the mightiest military in the world, and the fine men and women who fly, service and repair these awesome machines deserve our utmost respect, as to all of our men and women in uniform. 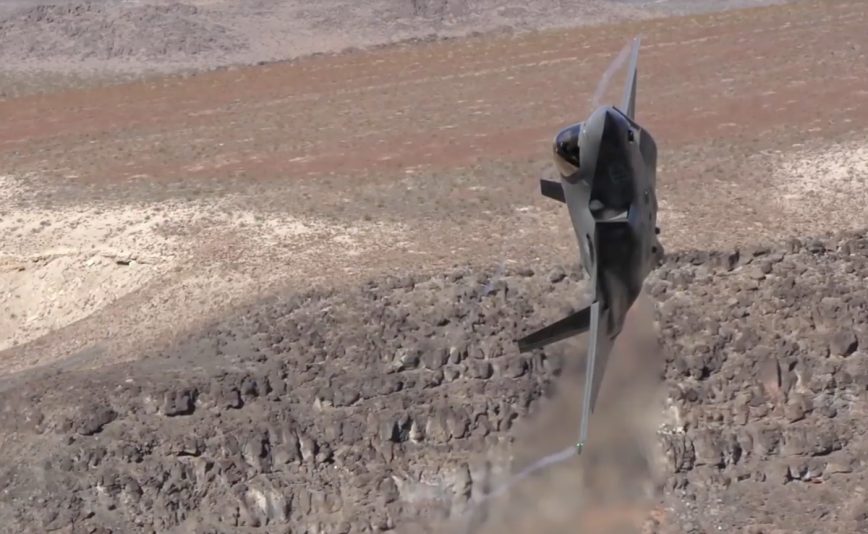