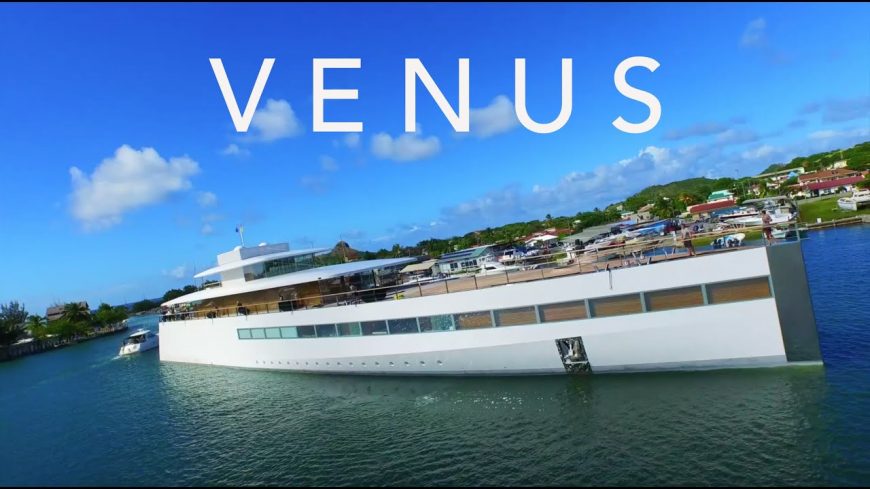 With seemingly all of the money in the world, Apple’s own Steve Jobs could probably buy whatever it is that he wanted. However, his untimely passing showed us that money isn’t everything. Being able to have access to good health is definitely something that we should all be able to appreciate. Without health, money is nothing but I digress.

Anyway, when Jobs was alive he had begun to construct the idea of what would eventually become a yacht that goes by the name of Venus. All in all, the process was said to take about five years. Unfortunately, it would be completed in 2012, the year after Jobs passed, so he would never be able to realize the fruits of his labor.

The yacht was rumored to cost somewhere between $140-165 million. It is now owned by his widow, Laurene Powell Jobs. The one of a kind vessel is one that’s interesting to really dig into. At the end of the day, we can’t help but wonder what the man responsible for prettying up the Apple aesthetic would choose to go with in terms of a yacht like this.

This time, we get to see the vision of Steve Jobs as it actually did come to life. It definitely gives us a little bit of a different vibe than your typical yacht. However, it still is sure to pack in all of the functionality that one would expect out of such a massive vessel.

For one reason or another, it seems as if the Jobs family hasn’t really done much to put this yacht in the public eye. In fact, even to this day, there aren’t very many people who know all that much about what’s inside. However, from the very few details that are available, we learn that there are 27-inch iMac screens that act as control panels. We would absolutely love to be able to see inside of this thing because we’re sure that they is Apple tech scattered throughout.