Steve-O is Living in a Camper Van, Calling Out Justin Bieber With Dana White and More!

Steve-O is Living in a Camper Van, Calling Out Justin Bieber With Dana White and More!

If there’s one person who we would find interesting to learn more about, it ...

If there’s one person who we would find interesting to learn more about, it will be Steve-O. Most folks who know him are probably familiar from his days on the Jackass reality show. However, underneath of the success there is an amazing story that he’s working on telling. Steve has made a very public recovery from drug addiction and has really been spreading his wings as of late. It seems like he’s looking to branch out on top of a career that many would already consider incredibly successful.

One way that he’s looking to get the show on the road, quite literally, is through his camper van. As Steve-O describes it, this thing seems to act as a sort of traveling podcast studio. In addition, it gives him the ability to pick up and be a nomad whenever he wants. In the most recent leg of his journey, it looks like Steve has been doing a lot of traveling. A van that has lots of luxuries along with functionality can help those trips be more productive.

As far as we know, Steve-O isn’t living in the van full-time, at least not yet. That’s not a slight at him, either. Instead, when you get the tour, the van almost makes us want to leave life at home and live more simply. With how fun this thing looks, we wouldn’t be shocked to hear that he ends up spending more time on the road in the van than at home.

Hey, @justinbieber, check out this little chat I just had with @danawhite, and see its explosive conclusion by clicking the link in my bio right now… Thanks again, @danawhite, you’re the greatest! Also, Biebs, please understand that I’m trying to raise money to start an animal sanctuary with @luxalot, and this fight will really help! Sincerely, @steveo #IsItTooLateToSaySorry? #DoItForTheAnimalsBro

Inside, we find a shower, bed, and even a coffee maker! It looks to have all the creature comforts one could ever want or need when on the road. In addition, it’s not so bad to be able to drive one’s house to the beach whenever they see fit. This van has it all! 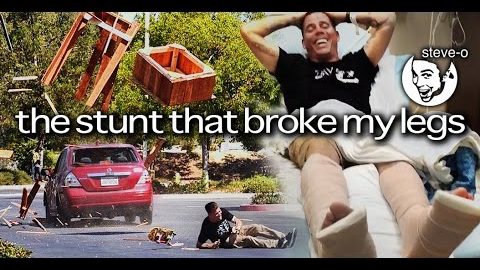