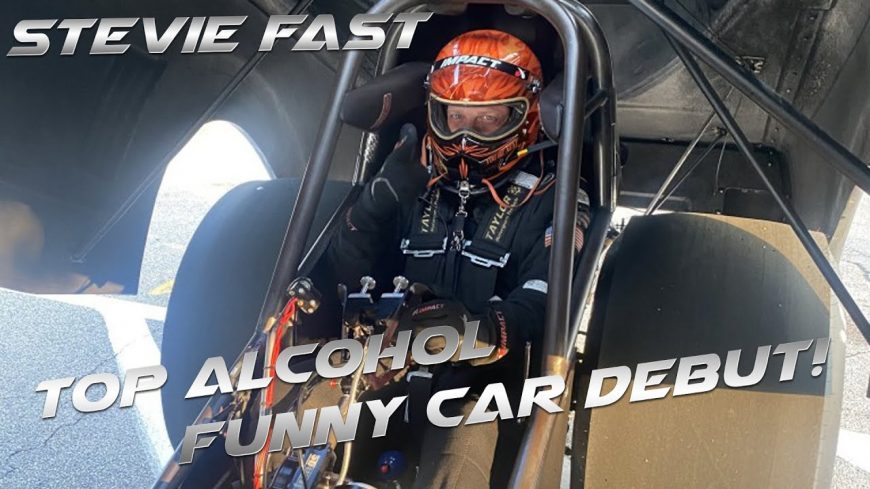 Stevie “Fast” Jackson has recently become one of the hot names in drag racing. However, it isn’t an accident that Jackson has quickly risen up the ranks. Instead, it comes on the heels of lots of practice and dialing in his own psyche with the car.

Some might think that racing in a straight line just means getting the perfect car and pounding the accelerator. However, Jackson is in tune with literally every single thing that the car does. Every shake or subtle movement of the machine will have him interacting with it in a different way.

This might seem obvious but when we think of it as a collection of thousands of different subtle movements on a single pass, we could see how perfecting that would be one of the ways to make a statement as Jackson has.

As it turns out, though, this isn’t something that is perfected and left alone. Instead, as cars get faster or change, the approach has to change as well. This isn’t necessarily a direct input and output relationship, either. Instead, it’s something that has to be felt out and adjusted to on the fly.

Therefore, it would stand to reason that completely changing a car entirely would be enough to really set a racerback. When Jackson took his step up into the world of top alcohol funny cars, one would be inclined to think that it would be quite a while before he would be able to compete. After all, Jackson describes his experience as an entirely different ballgame than before.

Sure, it’s still straight-line racing but at the end of the day, he describes this form of racing like driving a tractor with a tiny steering wheel as opposed to driving a Ferrari down the street like some of the other racing machines he has been in.

However, that didn’t stop him from absolutely making an impact in his Funny Car debut. Below, Jackson takes to YouTube to explain some of the differences between this newfound racing format and what he has become accustomed to. Everything from the steering to the suspension and everything in between seems to take on an all-new meaning with the switch.