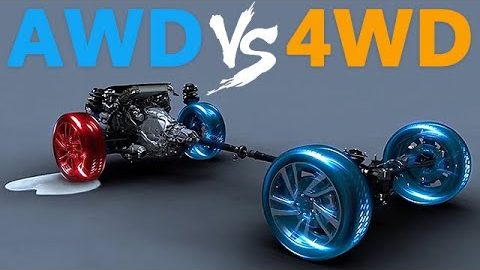 Have you ever met somebody who just tosses around phrases that don’t exactly mean what they think that the words mean? It could be kind of nerve-racking and definitely could create a little bit of tension. After all, you don’t want to be rude and just go around correcting people. However, if they’re saying it wrong, there’s this thing inside of us that just wants to reach out and tell them. It’s definitely not a person that we would want to be.

Now, sometimes, doing this is a little bit more egregious than other times. There are certain things, let’s just say, that really get confused quite often and are a bit more forgivable. Some of them might be similar or have similar names but end up doing completely different things. As a buyer of a vehicle, learning about these sorts of things can definitely be one way to arm yourself with knowledge. This is the best way to get the product that you want without falling into a trap of being misinformed and getting something that you don’t actually need.

This time, we dig into a very helpful illustration that breaks down the battle between all-wheel-drive and four-wheel-drive. While both of them involve spinning all of the wheels, they go about getting there through some pretty different methods. Sure, there might be some things that they share in common but exchanging them definitely is a breach of correctness.

Below, we get to check out the illustration that helps us to figure out the difference between the two. After watching something like this, we think that it will be a lot more difficult for viewers to go around mixing up the two again. If you happen to be somebody or know someone who tends to mix these up, don’t fret! It’s definitely a pretty common phenomenon but as they say, knowledge is power. This tidbit should help clear it all up!

« “Race Against the Storm” Downhill Skateboarding Video so Sketchy it Managed 75 Million Views!