This past Saturday, police would chase a man for 20 miles over an hour and a half in ...

This past Saturday, police would chase a man for 20 miles over an hour and a half in Philadelphia. This wasn’t just any conventional car chase, though. The plot twist here is that the man wasn’t operating a traditional vehicle. Instead, the individual decided that he was going to steal an ambulance and lead authorities on a wild ride.

From what we understand, the chase started around 9:20 pm on Friday. The whole ordeal would follow the officer who responded to a domestic disturbance call. The call stemmed from the Roosevelt Inn on Roosevelt Boulevard. The man was described as combative when firefighters and paramedics got to the scene to help. When police arrived at the scene, the suspect allegedly took off, hopping into an ambulance and fleeing.

The suspect would later be identified by police as 42-year-old Mark Giwerowski. He is believed to have struck two marked police vehicles. No injuries were believed to have been sustained aside from the suspect who had been struck in the leg and once in the side by shots fired by officers. This wouldn’t stop him from continuing as he was rather determined to escape. Eventually, his efforts would fall short.

We’re not quite sure what he expected to happen with the biggest and slowest vehicle available.

The scene would look like something more out of a Grand Theft Auto video game than real life. After the chase, the suspect was eventually taken into custody. At the time, he was wearing nothing more than a pair of boxer shorts. We have no word on the charges that the suspect is facing at this time.

The situation would quickly go viral as police chased the vehicle through the streets as followed by a news helicopter. We’ve been told that the driver had stopped several times before the suspect would continue to flee. 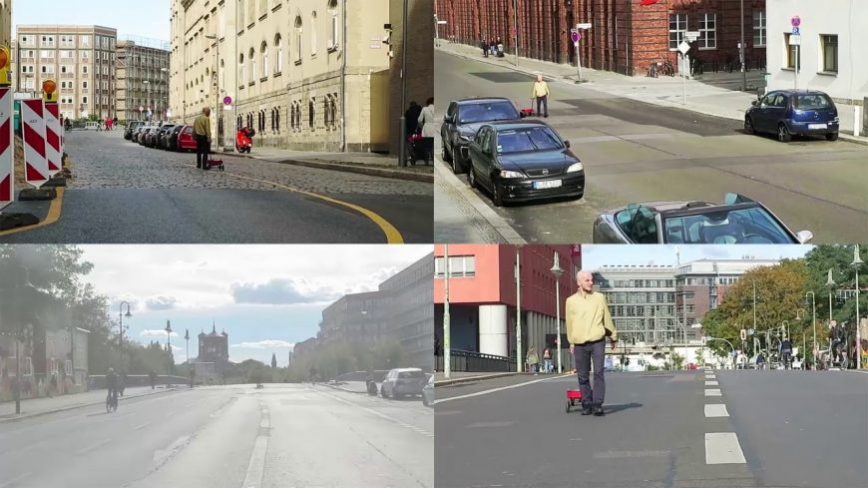