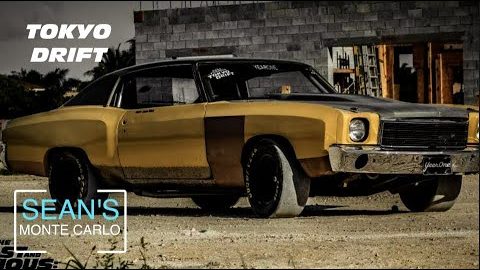 When it comes to the early Fast and Furious movies, there were some intricate decision-making processes that made them really come to life. Obviously, the cars were a major component in making the movies pop. Among the all-star cast of cars, there were definitely some that went under-appreciated. Sometimes, the background cars and peripheral cars that we would only see for a couple of minutes of screen time really helped to make the movie push to a new level.

This time, we check out one of those peripheral cars, if you will. The machine in question is none other than the Chevrolet Monte Carlo that was seen in the opening sequence of The Fast and the Furious: Tokyo Drift. The unique challenge for this car was to balance out a couple of different factors. Obviously, the crew wanted to come up with a car that was kind of cool. However, the challenge was that it couldn’t be too expensive. After all, the high school kid in this story wouldn’t be able to afford something like a Camaro or Chevelle.

Therefore, the choice of the Monte Carlo really seemed to fit the bill just right. The car was enough to draw the audience’s attention but not too nice to the point where it distracted from the story.

By following along below, we check out all of the insight into what exactly went into making this car jump off of the screen. With 11 copies on hand due to a rather destructive opening scene, things got a little bit complicated to make the everything line up. As usual, though, Craig Lieberman, the man behind these car selections, gives us the details on how exactly the franchise made movie magic happen.

Without cars like this, the franchise might not have evolved to the icon that it has become!

« Not a Fan of the C3 Corvette? “Rambo” Might Just Change Your Mind