It seems like we say it every season, but it’s also been true every time: This season ...

It seems like we say it every season, but it’s also been true every time: This season of Street Outlaws looks like the most intense season yet! The guys from the 405 will be taking back Monday nights in just a few short weeks, and as usual, the action looks to be over the top from beginning to end, with some new stuff going on this year that we haven’t seen, and a few things that look familiar.

One glaring change that aren’t exactly sure will be well-received by the fans is the amount of time it looks like the guys will be spending at the track. Of course, this is just four minutes out of a whole season, but we know these guys come from the world of street racing and the fans tend to shy away from on-track action. Of course, we also know, even if we aren’t supposed to talk about it yet, that the Bristol race featured in the trailer was a massive hit with the fans, selling out the huge Tennessee facility and actually causing many fans to be turned away at the gate, so maybe the fans are coming around to the idea of the guys hitting the track, especially when there is a huge stack of cash on the line.

We also see Shawn shaking down the new Murder Nova at Thunder Valley, the local track often used by the 405 crew to line out their cars. Then, of course, there’s yet another showdown with JJ Da Boss and the crew from Memphis, a group that has become a regular fixture on the show ever since we first met JJ a couple of seasons ago.

Also returning to race nights, a little drama between the racers. We get a great look at a blowup between Reaper and Doc, who get in each other faces and almost come to blows. Will there be more fighting between the stars of the show? There’s only one way to find out! Tune in Monday nights at 9pm eastern on Discovery Channel starting November 27th.

First Look at the New Season of Street Outlaws 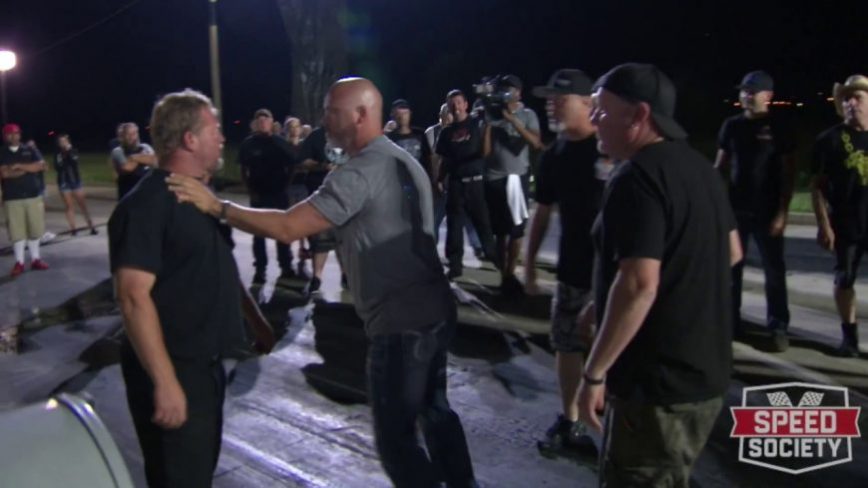