With fast cars putting out tons of power, there is absolutely no telling what’s ...

With fast cars putting out tons of power, there is absolutely no telling what’s going to happen when you head out there to drag race. About 99.9% of the time, you’ll do fine but that 1% is still out there and floating around looking to take you down and put your car into the wall.

This time, unfortunately, for the “Bank Note” Chevrolet Nova that you might’ve seen floating around on Street Outlaws, that 1% just so happens to unfold and it takes the car down with it. The ProCharger powered machine ends up taking on a bad turn of events and being put into the wall in the blink of an eye.

The action goes down at Rockingham Dragway when Bank Note ends up running beside the Blackbird Vega when a slight movement out of the groove ends up taking away all of this driver’s momentum, spinning the car sideways and throwing it across the track when the driver tries to save it but simply can’t avoid slamming into the wall that isn’t very forgiving.

Luckily, he would be alright but the car would suffer a pretty good amount of damage. When you look at the situation and really evaluate it, this could have been a situation that could have ended up being a lot worse for the ProCharged Chevy. With a little bit of elbow grease and some money out of the good old bank account, this thing should be good as new before long.

Drone captures Chuck in the Deathtrap almost crashing and saving it! 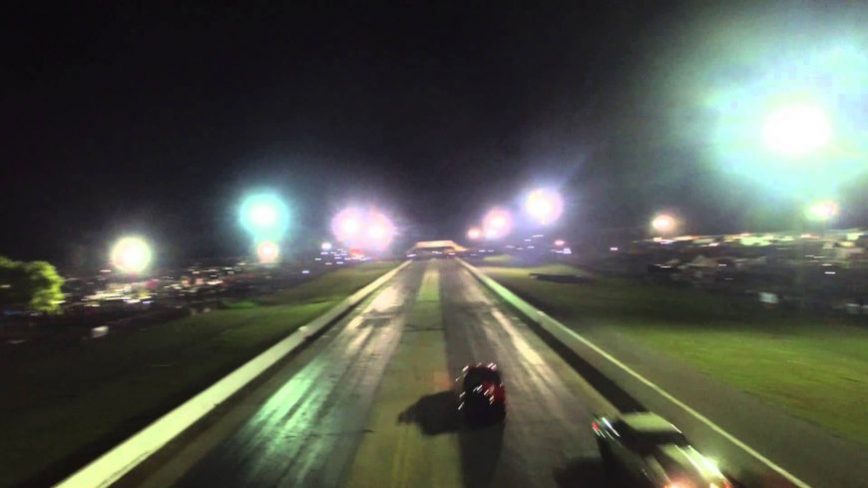