Sometimes, you just have a couple of guys going out there on the track that really ...

Sometimes, you just have a couple of guys going out there on the track that really need no introduction and when it comes to both Big Chief and Larry Larson, these guys really have reputations that precede them no matter where they go. In their respective worlds, these guys are both on the top of the mountain with Larry building some of the fastest cars in the world, in this case, piloting his Chevrolet S10 that was the first street worthy vehicle to hit 5s in the quarter mile and Big Chief who has taken the world of street racing by storm in Street Outlaws with the help of the Crow.

This time, we watch the dream matchup go down as the NXGonzo cameras are rolling to see which one of these machines will reign supreme. Both of these cars have been known to put down major power while planting hard and rocketing very straight down the racing surface, but as you know, in a side-by-side race like this, only one driver can reign supreme and naturally, that means that the other guys going have to go home with an L! The suspense is built up enough and we are completely ready to immerse ourselves fully in this race as the pair digs down deep and tries to outmatch the guy in the next lane over.

Check out the video below as Gonzo takes us to the starting line to see exactly what happens in this race that puts some of the heaviest hitters in the game up against one another in a battle of wills. Which one of these machines do you think is going take home the victory? Well, I think that you should check out the video below to see exactly how this one goes for yourself! Don’t blink because you might just miss it! 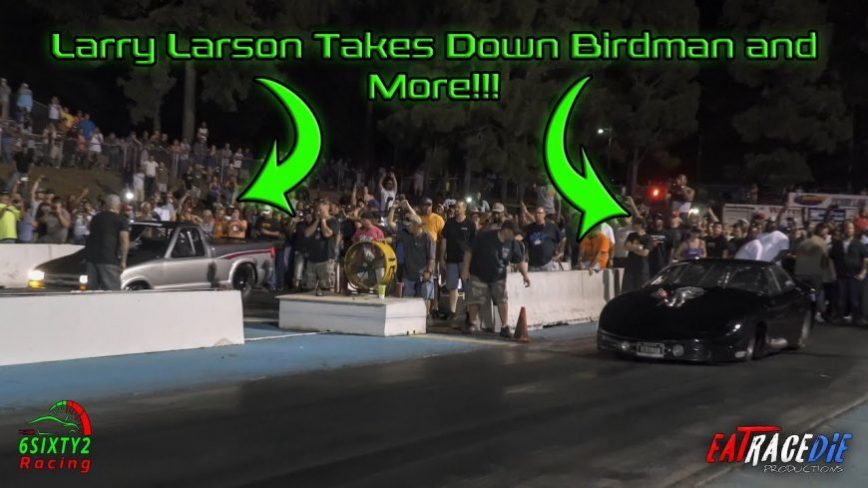