When it comes to outlaw drag racing there are few names if any as big as Midwest ...

When it comes to outlaw drag racing there are few names if any as big as Midwest Streetcars, mainly Big Chief and partner Shawn Ellington (Murder Nova), And their twin-turbo beasts that run the streets of Oklahoma City. These two have been a force on the streets for a number of years willing to take on anyone and everyone with a car that thinks they’re faster on the streets.

Since the first season of Street Outlaws where Shawn pretty much controlled the top spot in the 405, to now where it’s a battle of the titans at the top the dynamic duo and their friends who work in the shop have been together, while Chief clearly loves racing more than just about anything besides breathing (I’m pretty sure he’d rather race than breathe if it were possible to be completely honest) and Shawn who seemingly does it as a hobby to hang out with buddies, but loves to take an out of town racer for some quick money.

Anyone who follows their social media channels would know by now that the two went their separate ways recently with Shawn and Phantom opening up a new custom hot rods shop 187 Customs, and Chief just wanting to street race anyone who will get down while also competing in no prep king’s races across the Country. He actually won a race in Colorado even. However, anyone that just watches the TV show probably hasn’t seen this development yet, and likely wouldn’t see this coming as none of us really did.

We have been fortunate enough to be friends with both, and understand both sides of the spectrum here, and have a ton of respect for both guys and what they choose to do with their lives.

The other part of this video features Jeff Lutz, and Shane in his “Black Bird Vega” going at it on the streets in which Shane goes for one of the wildest rides we’ve seen happen in the 405. The short wheelbase Vega’s already are a handful on the track when even without the big power of his pro charged small block, but when you add that to the madness that is the street things can get out of control rather fast, and that’s just what happened as he got loose trying to outrun the twin-turbo big-block ’57 Chevy of Jeff Lutz. Shane hopped a curb and went barrel rolling down the grass next to the street they race on.

Fireball Camaro and Big Chief 405 are here with a reminder of just how crazy things can get on the streets of OKC. Check out what's coming up on a new season of #StreetOutlaws. 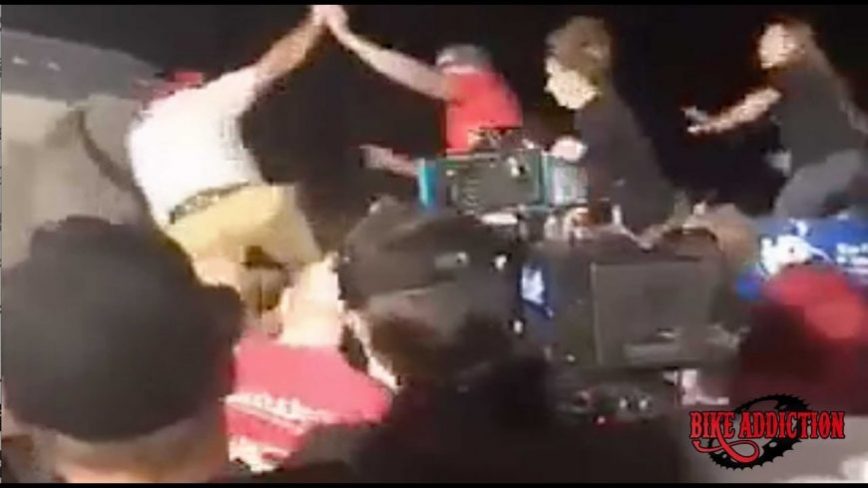