When we’re talking about the best of the best in racing, there are some cars ...

When we’re talking about the best of the best in racing, there are some cars that you could watch go down the track over and over again. In the world drag racing, a couple of cars it might fall into that category for the majority of racing fans are Dominator and Chuck’s Death Trap Mustang, both of which you have probably seen screaming down the lanes on your favorite episodes of Street Outlaws. These guys really do know how to put on a show and when the two collide, it might just mean business!

This time, you don’t get to see just one but both of the cars as they battle their way down the track as we’re given the front row seat when the machines roll up to the starting line and get ready to get down to business as the National No Prep Racing Association captures this pair of racing heavyweights in this particular matchup that will have you ready for the pair to blast down the eighth mile that separates them from victory.

With a couple of impressive rides like this, you really never know who is going to win even though you have seen them both run so many times on the streets and think you have them all figured out. Check out the video below that builds up the suspense and finally ends a race that you won’t want to miss. At the end of the day, someone has to win this competition of the heavyweights but I think that this one would pretty much be a coin toss on every last pass! Be sure to roll into this video for yourself and tell us what you think of these impressive matchups! Personally, I could sit here and watch these head to heads over and over again!

Street Outlaws: Big Chief in the NEW Crow Vs. Dominator 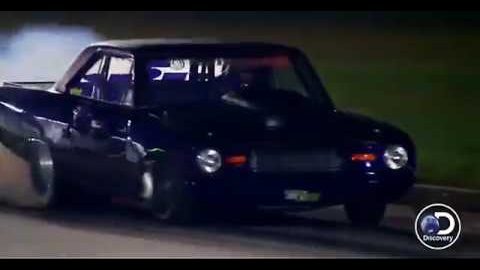