As some might have heard by now, Doc, who has picked up the nickname “Street ...

As some might have heard by now, Doc, who has picked up the nickname “Street Beast” after the car with the same title, has totaled that car. In an incident on the street, the Chevrolet Monte Carlo ended up becoming a pretty mangled mess. Luckily, Doc would make his way out of the situation with his health and will continue on to race another day. However, in terms of what he will be racing competitively with, we haven’t heard any news just yet.

However, in the meantime, it seems as if he hasn’t been able to stay away from racing. Instead of sitting out, Doc has turned to his daily driver to see what he can do with the car. This isn’t just any daily driver, though. Instead, the Chevrolet Monte Carlo has a ProCharger tucked under the hood along with some other goodies to really get this thing going. When all is said and done, the G-body really can make a ruckus.

This time, we get to watch the car in action for Doc’s comeback to racing. This time, the action is taken to the Hinton Street race event in Oklahoma. In the showing, Doc really broke out his abilities, giving us all the idea that he isn’t going to back down even after a stumble with the Street Beast. The competition that he draws here is quite stout as well and it makes for quite an epic outing.

Below, the folks over at the National No Prep Racing Association were on the scene to show off the racing. This old school Chevrolet might not be quite as quick as a Street Beast but there’s something special about watching these sorts of cars throw down. As usual, the racing is top notch and something to really grab the old bucket of popcorn and dig into. 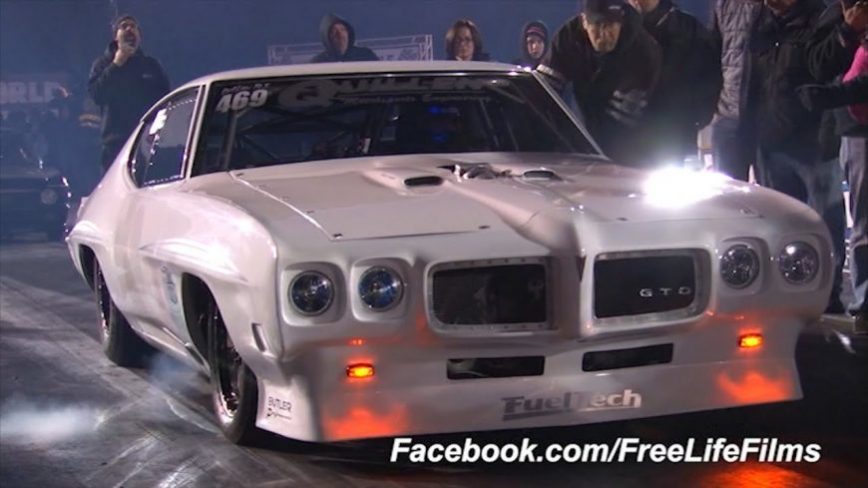