Jeff Lutz owns the quickest car in Drag Week history, yet he took part in what is ...

Jeff Lutz owns the quickest car in Drag Week history, yet he took part in what is likely the slowest race at the entire American Outlaws Live event when he faced off with he Mordoor Nova driven by Farmtruck and AZN.

Lutz parked his sinister Mad Max Camaro and pulled out his smart car to line up with the satirical copy of the Murder Nova that was featured on Street Outlaws a couple of seasons ago. The two lined up and Lutz “treed” Farmtruck by a couple of seconds. Once AZN got Farmtruck’s attention and they got the Nova underway, the reel job was on as the diminutive smart car just didn’t have enough power to hold of the top end charge from the four door Mordoor.

This race was all in good fun and had those on the line in stitches while they putt-putted down the track. Its crazy to see two guys who have been as fast as Farmtruck and Jeff Lutz piloting such slow cars, but the racing was close and fun was had by all! 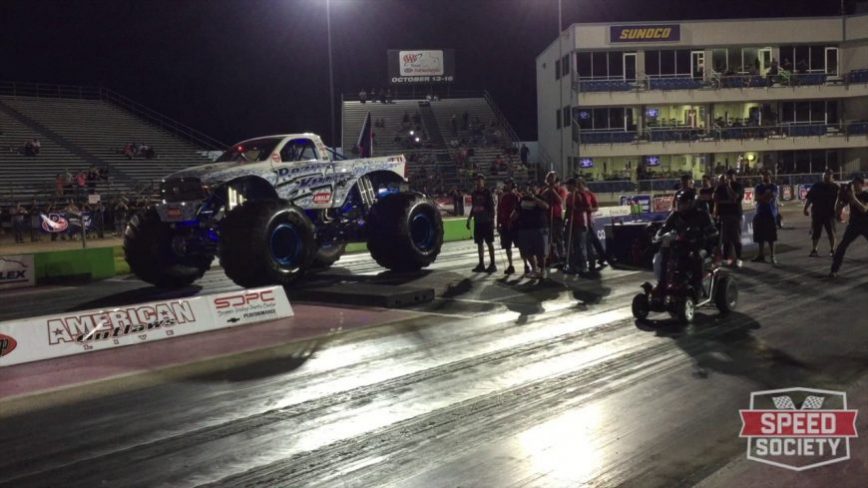