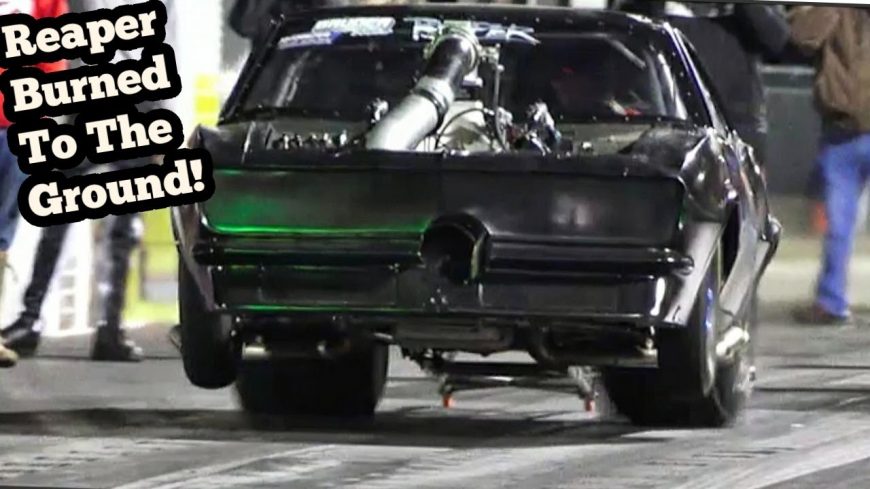 There can definitely be times where life can throw us a pretty big curveball. One day, you’ll just be going along on your merry way, doing everything according to plan. However, within a couple of moments, that normal day can have a way of turning on a pivot and going in the opposite direction. Sometimes, this is for better but other times, it’s very much for worse.

As the world would learn, toward the end of last year, for James Goad a.k.a. “Reaper,” that curveball would very much end up being a bad situation. While on the road, a trailer fire would break out and unfortunately, both of his race cars were inside. Neither one would be recognizable as both will be burnt to a crisp.

This is a situation that is kind of hard to put into words. Sure, we can take a look at how awesome these cars were but it’s difficult to really understand how exactly it feels to have that many hours of dedication along with all of the stories behind these things gone in an instant.

Fortunately, though, through the magic of YouTube, we’re able to relive all of the great parts from the Chevrolet Camaro that has delivered so much to the race and community. This time, we tune in with the National No Prep Racing Association as they take us to the scene of the action from the car’s very last race.

The video below definitely doesn’t do any justice to help bring the car back. However, when Goad and his family are looking back on this point in time years from now, perhaps they will be able to look back on this final video of the Chevrolet Camaro with a great nostalgia for what this car once was able to provide to both themselves the drag racing world.