Street Outlaws Unedited: Daddy Dave in Goliath 2.0 vs B-rad on the street!

Street Outlaws Unedited: Daddy Dave in Goliath 2.0 vs B-rad on the street!

Sure, you see all the action of Street Outlaws on television as edited up to pick out ...

Sure, you see all the action of Street Outlaws on television as edited up to pick out the best parts but sometimes, it’s a little bit more satisfying to see the raw footage for yourself. Thanks to our buddies over at Big Rob Entertainment, we get just the raw footage that we’ve been waiting for.

In this one, we check out an unedited clip from the starting line as Daddy Dave takes Goliath 2.0 to the task of facing off with B-Rad in the streets.

The action is on and we watch from the starting line as both competitors get staged and launch hard with the aim of stretching out their opponent and getting to the eighth mile finish line first. From the looks of the people on the starting line, this one was an incredibly close race!

Check out the video below that takes you along for the ride. With the both competitors’ cheering sections thinking that they won, it’s rather unclear who took on the victory in this race.

Street Outlaws, Big Chief in the Crowmod vs The Stinky Pinky Promod 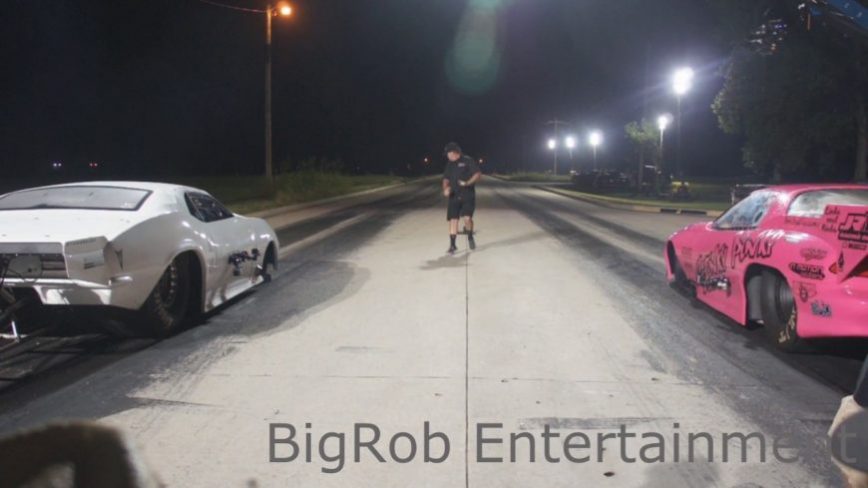