Street Outlaws VS Track Outlaws! DOC In The Street Beast VS Andy Mac in Bipolar!

Street Outlaws VS Track Outlaws! DOC In The Street Beast VS Andy Mac in Bipolar!

If you ask anybody who is well-versed in drag racing, they will more than likely tell ...

If you ask anybody who is well-versed in drag racing, they will more than likely tell you that racing on the street and racing on a track are two entirely different animals. Personally, I wouldn’t say that one is easier or harder but just because you are good at one doesn’t necessarily mean that you’ll be able to jump into the other and be competitive.

This time, we check out a battle between two vehicles, one of which is better known for bracing on the streets and the other for being a track monster. If you hadn’t guessed yet, the Street Beast is the street machine  as this Chevrolet Monte Carlo has been known to roll in some impressive races out there in the streets. In the other lane, we have a machine that has been known to do some dirty work on the tracks, as Andy Mac has made his presence felt in the bipolar pickup truck.

This time, the two of them collide on the track to see which of the rides will be able to gain an edge. Even though he’s made his name in street racing, Doc is most certainly no stranger to racing on tracks around the country either so with all of that in mind, you’d venture to think that this one is going to be good!

Ride along with this bad ass race down in the video below that will set you trackside to see exactly what happens when an old-school Monte goes head-to-head with a pickup truck that really has some growl under the hood. Who’s taking home the victory? Well, there’s only one way to find out! 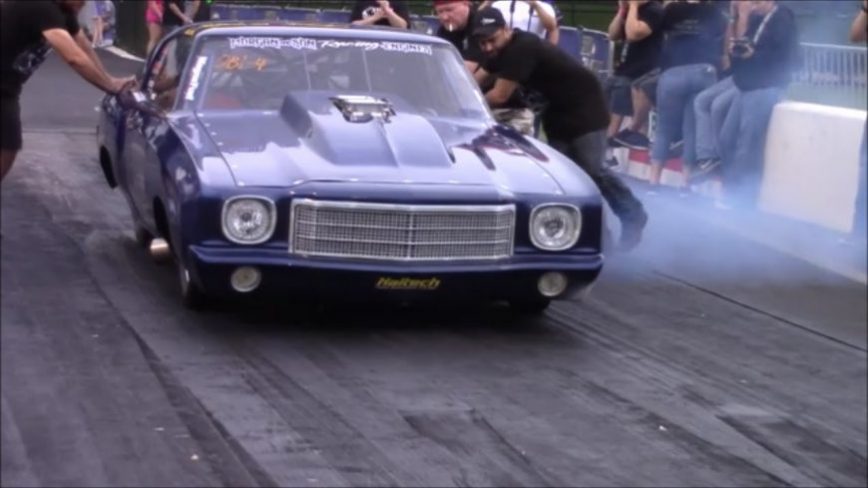