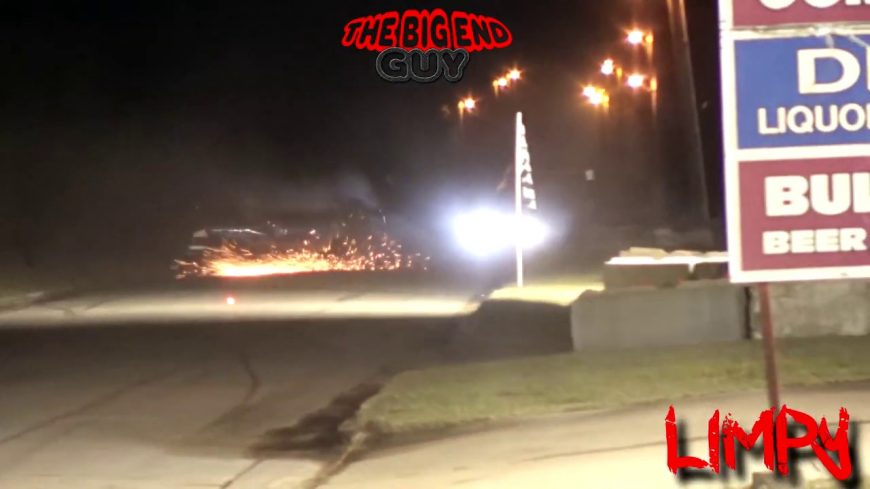 When it comes to throwing down in a drag race, nobody really knows what’s going to happen. With just the slightest change in course, a driver can go from a pass that would have been a record-setting best to one that puts that driver into the wall. This quickly ends those dreams that you had of racing supremacy. It ends up bringing the world down in a cruel and harsh way.

This time, the stage was set as a pair of awesome machines was ready to go head-to-head on the streets. As we would later find out, things wouldn’t quite go as according to plan. That aforementioned unexpected change of plans happens to come to light as one car goes sideways before ending up in a vicious roll.

It looks like, pretty much right off of the bat, this pass was headed in the wrong direction. It was rather sketchy as it looked like the car in the right lane almost immediately refused to stay straight. The sway would look to get worse and worse from there until eventually, the machine would end up veering into the other lane and hitting the car in the left lane. After plowing into the Camaro, the car that looks to be a Chevy Malibu is thrown into a wild ride.

Neither driver was banged up too bad in the situation. This is just another reminder about how important safety equipment can be. The right equipment might’ve spelled out the difference between life and death here. It definitely went a long way toward preventing serious injury.

The video down below that shows off the extent of the hard-to-watch situation. In the moment, this was certainly a breathtaking instance. Now that we see where the cards have fallen, we can watch this one without being so on edge! – Limpy