Street Race Gets SKETCHY When Two Cars Slam Together!

Street Race Gets SKETCHY When Two Cars Slam Together!

When it comes to any kind of racing, you have to get along with the assumption that ...

When it comes to any kind of racing, you have to get along with the assumption that you’re never truly 100% safe. Every time you head out to any sort of track or street to do battle with a competitor, whether it be in a straight line or otherwise, you’re risking your ride and potentially your own personal safety because there are lots of things that could happen out there and that’s a risk you have to be willing to take the fulfill your need for speed and adrenaline.

This time, we check in with a pair of racers who were willing to take that risk and ended up paying the price as one of the folks in this head-to-head battle ended up losing control of their ride before the pair collided with one another, causing some big-time damage.

We watch in on the Urban Hillbilly Action Videos flick as a Chevrolet S10 and LSx powered Mopar go up against one another and, as fate would have it, the Dodge Dart ends up getting a little bit loose, which quickly slides to being a lot out of control when the cars collide with one another. In the scheme of things, I guess that this one could’ve been a lot worse but this is still a huge downer and not how anyone wants to end their race day.

Check out the video down below that shows us the situation that has this pair of cars racing in what looks to be a legal street racing event that has them battling with an unprepared racing surface that clearly does not provide much traction. At the end of the day, it looks like they’re both are taking a loss on this one. 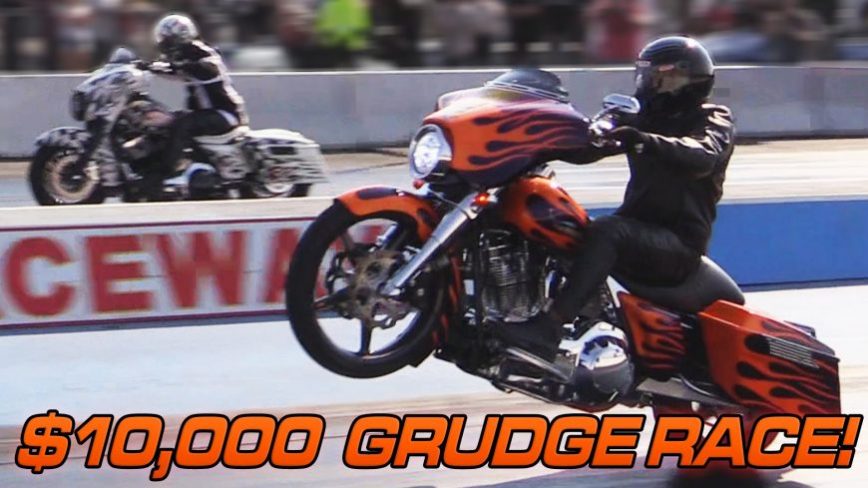