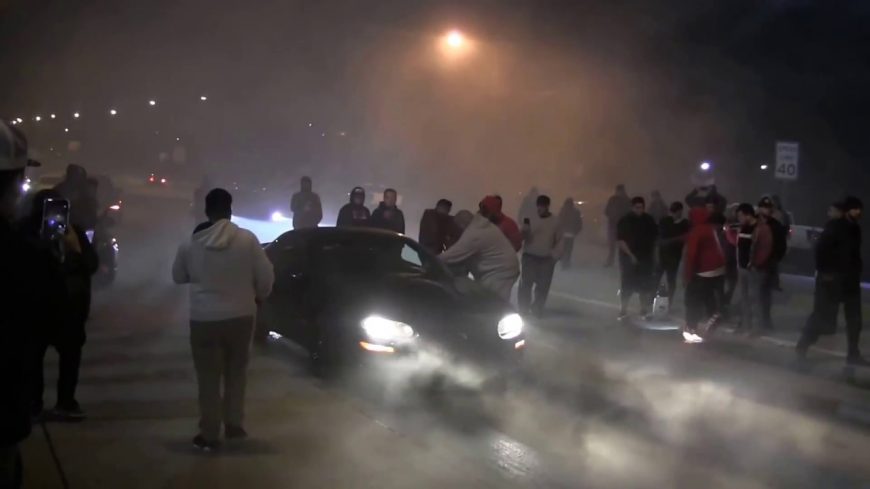 In the universe that is street racing, there are many drivers and teams out there that will do their best to throw you off of your game and take advantage of you if you don’t really know what you’re doing and have eyes in the back of your head at all times. They will pull out every trick in the book whether it’s clean or not and it that point, things can get rather escalated.

This time, we take a look at a race that starts as just another run between a Chevrolet Camaro and a Nissan GT-R. The race goes off as according to plan but afterward, these guys simply couldn’t help but get themselves involved and some extra curricular activities.

It looks like they all get tied up in a little bit of “he said, she said” which instigates some violence after the race is done and over with. To think that all of this could happen over a little name calling is a bit ridiculous but when you throw money into the mixing when tensions are running high, you never really know what might go down in the heat of the moment.

Check out the video below that shows a tight door to door race that’s followed up with a little bit of drama to ice the cake. These are the kinds of situations that you strive to avoid when you’re out there racing. However, that isn’t to say that they don’t make for a rather entertaining watch.