When you’re planning out a stunt, it’s probably a good idea to check out ...

When you’re planning out a stunt, it’s probably a good idea to check out all of the possible hazards and address them before you put yourself in harm’s way but I guess that there are some folks who just don’t think hard enough to look that far ahead.

This time, we check out a motorcycle stunt that looks like someone took the path of least resistance when it came to preparation and they really ended up paying the price as the rider smashes directly into a pipe hanging from the ceiling as he heads off of a jump.

The only feasible explanation other than this guy being a complete moron is that they were filming some sort of action sequence and had planned for the rider to hit the low hanging beam as potentially indicated by the crew that was there to catch him.

Check out the sequence for yourself and tell us which of the above you think happened here. Is this guy completely dull or was this a planned out sequence to capture the perfect shot? Honestly, we wouldn’t be surprised to figure out that either was correct. 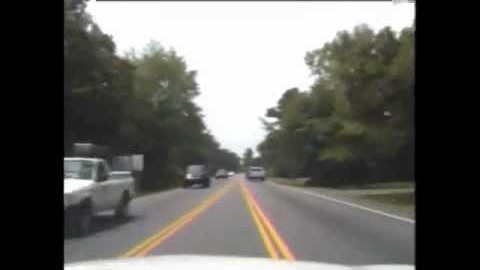