Normally, when you see guys who are out there pulling off stunts on their ...

Normally, when you see guys who are out there pulling off stunts on their motorcycles, the bike in question will most likely be something lightweight and nimble so that they can throw it around in the easiest way possible in order to pull off the most impressive displays that they can. When you think about it, picking out a bike like that makes about the most sense in a situation like this.

This time, however, we catch up with a motorcycle stunt rider who isn’t using a sports bike or anything of the like. Instead, he elects to go with a Harley-Davidson bagger that probably weighs a good amount but that isn’t the stopping this daredevil from heading out there and trying to pull off the most aggressive stunts that he can during this little display of his abilities on two wheels.

Sure, this motorcycle might be a lot bigger than what we’re used to seeing used in a situation like this, but it looks like this rider is really used to the weight as he pulls that front end right up and moves into some impressive wheelies, throwing this heavyweight all around like the extra baggage isn’t even there! I’m not sure about you, but you can color me impressed by what the guy is pulling off on a bike that you would least expect to be put in this kind of situation.

Check out the video down below that takes you on the scene as this rider goes above and beyond to put on a show, contorting and yanking his motorcycle in every which direction to show the camera exactly what his abilities all about, even if it means dumping it to the ground a couple of times for good measure. Be sure to ride along with the display for yourself and tell us what you think of such a machine coming to life in this manner. 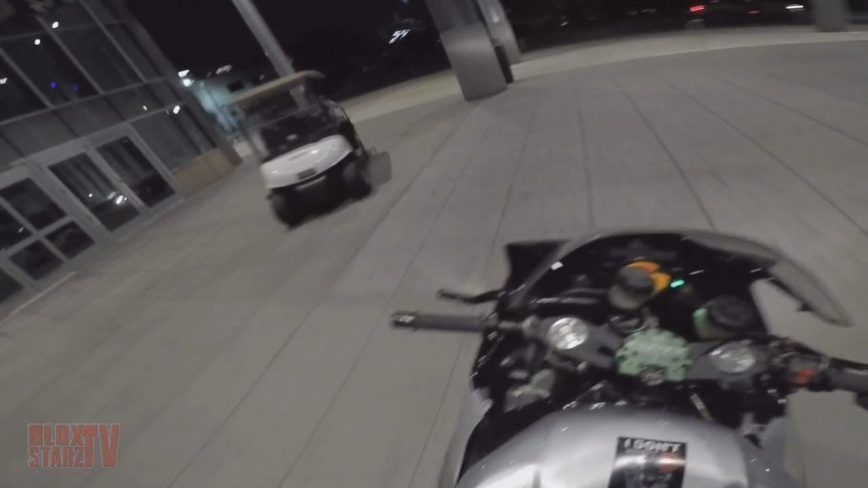