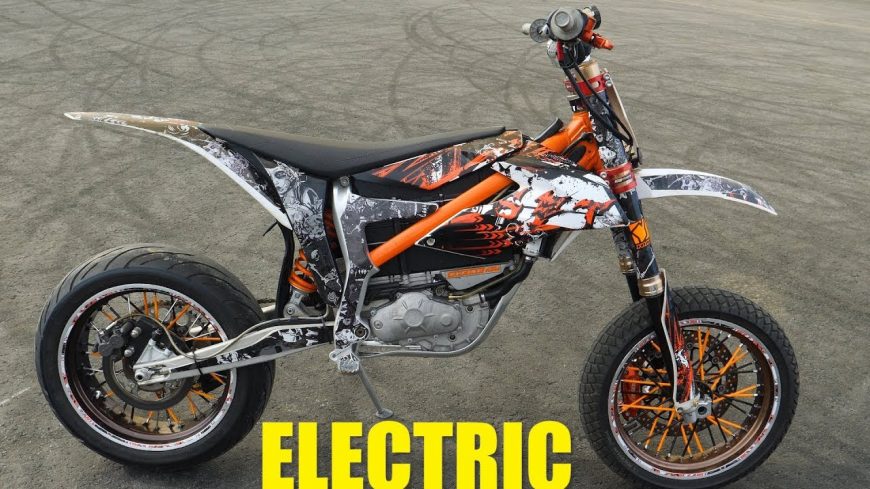 As the years go on, the landscape of everything with an engine begins to look a lot different. In fact, in some areas, the internal combustion engine is being threatened. Obviously, the newest competitor to the scene is the electric motor. As of today, it seems to be a coin flip as to what the future holds. The electric motor has a lot of upside but it hasn’t proven to be a long term replacement for internal combustion just yet. Internal combustion still has certain benefits like not having to recharge all the time. Instead, obviously, a fill up with fuel is way more instantaneous.

One area where we weren’t expecting electricity to leap into the fold so quickly might’ve been in motorcycles. After all, half of the point of a motorcycle is having that roaring engine in between your legs. It’s a combination of the raw power and freedom that makes the ride all that much more worth it. However, it seems as if electricity is making its way into this arena as well. It might not be a bona fide street bike but this example shows us what electric power might look like on a two-wheeled machine.

In the video below, we catch up with the Stunt Freaks Team as they give a whirl of a test ride on an e-bike. The particular model that we’re taking a look at here is the KTM Freeride E-XC Supermoto. As a name implies, the bike is powered completely by electricity. This particular model has an introductory price of $8300. That’s just $300 dollars more expensive than the gasoline-powered model. Each person has their own particular preference but being able to recharge this 21.5 hp machine in just 80 minutes really bides well for the bike. This isn’t the only competitor on the market, either, as Honda is currently working on a prototype as well.