Sometimes, there are dream vehicles for some that might not be likely to be on the ...

Sometimes, there are dream vehicles for some that might not be likely to be on the top 5 list of most. However, these unlikely heroes have a way of reaching out and touching us in a unique way. We would venture to think that most car fans probably have a couple of vehicles that rank toward the top of their list that not too many others would put in such high regard. In other words, there’s likely some explaining to be done to justify these rides.

For the Deputy Editor of Road and Track magazine, his unlikely hero is none other than a Jeep Cherokee XJ. Sure, this is a rather common vehicle. However, for Bob Sorokanich, it was one of his dream machines. Not just any XJ would do, though. Instead, growing up next to a kid who got a specific Jeep for his first car, Sorokanich tells us that this was exactly what he wanted. Whether he liked it or not, watching the neighbor kid drive around in the Jeep was enough to ingrain in his mind that this was a cool car to have.

Therefore, the search for a white stick shift two door Cherokee was on. As common of a vehicle as this might sound like, there are some rare factors here that made it pretty hard to find. First and foremost, the two-door Cherokee is pretty exclusive when compared to the four-door. As the Jeep was more of a family vehicle, the vast majority of them on the road these days are four doors.

In addition, while having a stick shift was probably a little bit more common back then, we would venture to think that this option made this particular Jeep a little bit harder to find as well. Therefore, when he was able to locate one in Texas, he bought it sight unseen. The purchase was made even though the Jeep had been sitting in the Texas Sun, growing mold, moss, and collecting dirt for who knows how long.

By following along with the video below, we get to drop in with quite a unique story that takes us through the journey and brings us up to speed on how the Cherokee got to where it is today. In addition, AMMO NYC takes it upon himself to really bring this thing back to its former glory, going through a full detail that knocks out all of that old grime that is certainly one with the Jeep, but not for long. 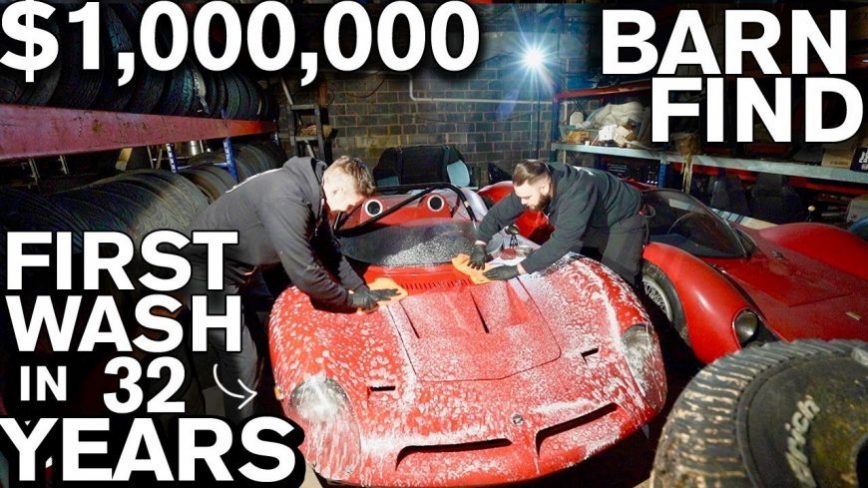