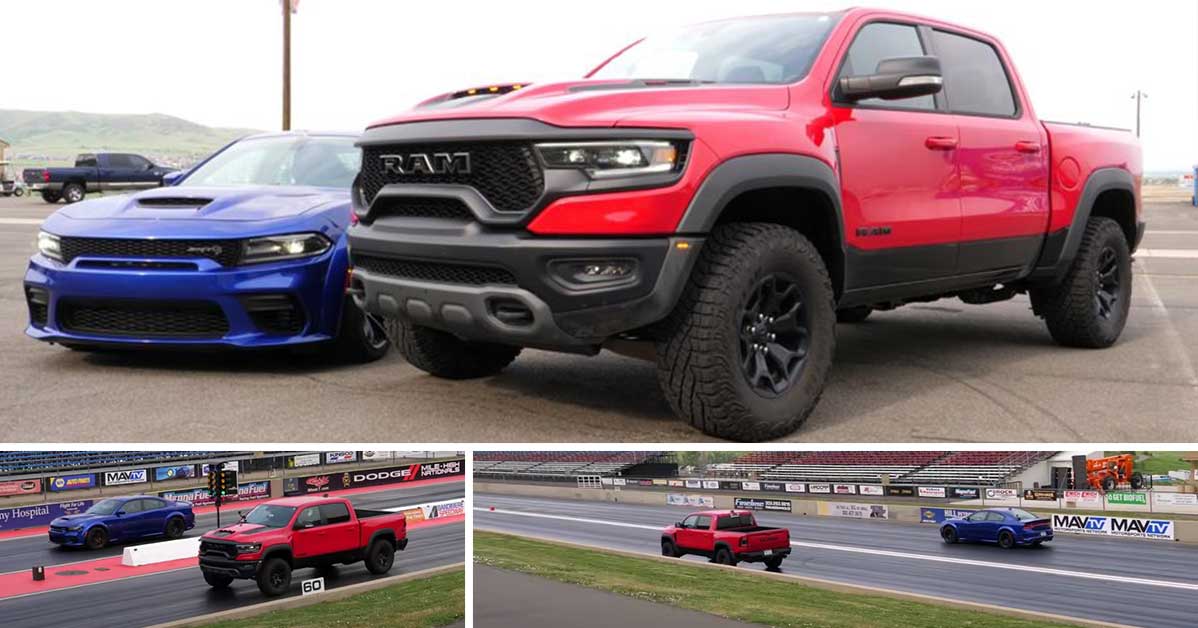 Those among us who love to race can’t help but feel the need to compare just about everything. At the end of the day, it’s a pretty interesting exercise to see how certain vehicles will all perform against other vehicles no matter how drastically different they might be.

There’s nothing like seeing the underdog surge from behind to win, right!?

Just because one competitor might look like a lighter, more powerful counterpart that will have an edge, why not send them down the track to see exactly how true that is?

This time, we get to check in with quite an obscure match-up. Both machines here have similar architecture under the hood. On one hand, we have a Dodge Charger Hellcat Redeye creating 797 hp. In the other lane, we have the much heavier Ram TRX that’s sporting 702 hp.

While the Charger might have the power advantage by about 95 hp and weigh about 2000 pounds less, the pickup truck still has hope in the idea that maybe the Charger has a bad launch and the truck has the advantage of a four-wheel launch.

This time, the crew over at The Fast Lane takes it upon themselves to compare these two monsters to one another, even though they’re both designed to do something incredibly different.

Down in the video below, we check in with the pair as they go to war! Even though this one looks like it might have an obvious outcome we wouldn’t write off that pickup truck just yet.

After checking in with the video, be sure to tell us which one of these dream machines you would most want to add to the garage. We would argue that everybody’s collection should have a little bit of a supercharged V8 now and then to really get the party fired up.