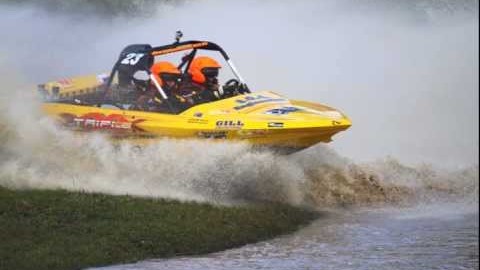 Superboat racing is one of the most high strung, stressful sports that the human mind could concoct. Superboats race with mere inches on either side and one false move could mean a bad time for a competitor.

What we see in this video is the result of exactly that. When Triple X Racing’s Dezi Sydgius and navigator Dave Gill got a little bit off track, they ended up going for the ride of their lives as a crash turned to a full 360 in the air left them at the hands of gravity.

Check out the video below as the gnarly crash was all caught on video. Even though it looks pretty terrible, the duo came back and were able to podium and remain the Tyreright Australian Superboat Championship points lead.

Off-shore racing has its fair share of dramatic moments as well. Can’t believe that they survived this!